UPDATE: The Maui Fire Department has confirmed that all four victims aboard the aircraft were airlifted by MFD Rescue 10 personnel to a landing zone at Pu‘u o Hoku Ranch. At that point, three victims with minor injuries were transported by medics to Moloka‘i General Hospital for further evaluation and treatment. One victim was flown to Maui Memorial Medical Center via Maui Medevac in serious condition.

The Maui Police Department and the Maui Fire Department have a confirmed report of a “Cessna-type” aircraft down on the island of Moloka‘i near Halawa Falls at the 3,000 ft elevation. It was confirmed that four people were aboard. Their conditions are unknown at this time.

Further information will be provided as it becomes available. 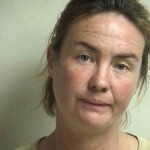