Record Tied for Most Active Season With Formation of 6C

Tropical Depression 6-C has formed in the Central North Pacific. The formation of this system now ties the record for the most active season in recorded history (set in 1992 and tied in 1994). This is the eleventh system to form in the Central Pacific basin this season.

Maximum sustained winds are currently at 35 mph and the system is 525 miles southeast of Hilo. Six-C is expected to become a tropical storm tonight before beginning a weakening trend after 36 hours. If the system does strengthen into a tropical storm it will be named Niala.

The current track takes this system to the south of the Hawaiian islands over the next few days. 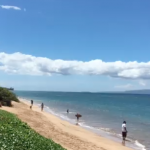 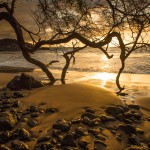