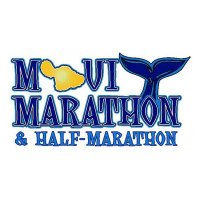 Logo courtesy of the Maui Marathon.

Close to 1,500 runners will be participating in the full and half-Maui Marathon that is scheduled tomorrow, Oct. 15th, 2017.

Previously held the day prior to the marathon, the 10K and 5K races will also be held on the day of the marathon.

Traffic will be rerouted for the races.

Traditionally held in the month of September, the annual marathon was moved to October for several reasons.

According to Co-Race Director Jim Lynch, the tropical heat is less intense in October.

“It also allows enough time for those participating in the Honolulu Marathon in December,” said Lynch, a certified 50 state marathon finisher, who has run 101 marathons.

Runners are expected not only from the Hawaiian Islands, but Japan, the US mainland and other countries, bringing a boost to tourism to Kā‘anapali during a slower tourism period on Maui.

This year, Tiffany Chou heads up Achilles International, a nonprofit organization, whereby impaired athletes will run the races, with local guides assisting them.

Earlier this morning, a complimentary yoga session was hosted for runners and supporters at the Westin Maui Resort & Spa, host hotel of the annual marathon. Organized in partnership with Lululemon, over 70 persons participated in the yoga class led by Lysha Wernig.

The event is open to general public, including local residents and island visitors.

The Maui Marathon is one of the three oldest marathons west of the Mississippi and is a certified Boston qualifier course. Competitor.com listed the Maui Marathon as one of the 25 must-do American marathons in 2017 specifically because the race was moved a month later. Emerson and Lynch have a goal to keep this race more of a fun destination event as opposed to a competitive event.

Lynch said, “There is a race distance for everyone in the family who enjoys running or walking. Best of all, the entire family can experience a memorable vacation on Maui enjoying all our island has to offer and go home with much aloha.”

More information is available on www.mauimarathon.com.

JTB is again the main sponsor of the marathon and half-marathon. Maui Tacos is the sponsor of the 10K and 5K. The Kā‘anapali Beach Resort Association is also a main sponsor and the host resort. The Westin Maui Resort & Spa continues as host hotel and the site of the two-day Sports and Fitness Expo on October 13-14 and the Kā‘anapali Beach Hotel will be the location of the awards ceremony. 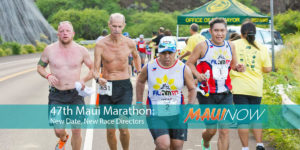 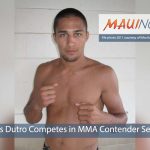 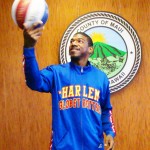