Here are your top Maui headlines of the week with Kiaora Bohlool. Details: http://mauinow.com/?p=253016#MauiNow #MauiNowNews #MauiNowHeadlines

For the first time since the Cold War, the monthly test of the statewide warning siren system will include an attack warning tone, starting Friday, December 1. The wailing tone is intended to warn residents of an impending nuclear missile attack, and is being implemented as the state continues management plans related to potential attack scenarios. All warning sirens will sound a one-minute attention alert signal, followed by a one-minute attack warning signal. The monthly test will take place at 11:45 a.m. you can get a preview of what the tone will sound like here.

An emergency proclamation urging the county to remove more than 400 dead eucalyptus trees along Pi‘iholo Road was issued this week. Acting Mayor Keith Regan says the trees need to be removed before any more falling trees cause property damage, injury or death this winter. Council chairperson Mike White agreed, adding the county should act immediately to protect residents and travelers in the area before the weather gets worse this season. The county removed 20 trees from the area earlier this year after a 70-foot eucalyptus fell on a Makawao man’s truck in April. Residents say large trees fall whenever high winds or heavy rains affect the area. The exact amount of funding has not been specified, however a budget of $1 million will be transmitted to council for the project.  Get more details here.

A group has filed a lawsuit against the Department of Land and Natural Resources over the current permit system for tour operators off Kā‘anapali Beach. The group claims environmental impacts of tour boats from Kā’anapali Beach have never been reviewed. The suit also claims that many of the customers on the tours regularly take up the beach access parking stalls along the beach, which are designed for the public to allow access for non-commercial recreational beach users. Maui Now reached out to the state Attorney General’s office about the situation, and special assistant Joshua Wisch said they are reviewing the lawsuit and whether the Hawai‘i Supreme Court’s recent decision regarding aquarium fish collection applies to the case.  Learn more on the new lawsuit here.

The 20th annual tree lighting at the Banyan Tree Park in Lāhainā will take place on Saturday, Dec. 2. The ceremonial event will feature music, entertainment, artists and more, starting at 6:30 p.m.  Get more information here. 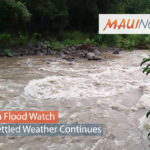 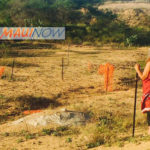