Ask The Mayor: Why Does Maui Still Sell Styrofoam Coolers?

Maui County Mayor Michael Victorino answers some of the most-asked questions submitted to his staff.

Q:  I work in a very large resort on the bell staff. I have been seeing many styrofoam coolers brought in by guests of the hotel. When I questioned the guest, they told me they bought them here on Maui at a local store. I thought we banned all styrofoam containers in Maui? Are these styrofoam coolers legal? If the coolers are not banned, they need to be as they are super flimsy and break very easily.

A:  This is a very timely question as our state and counties continue to look at decreasing single-use plastics, which are harmful to our ocean and environment.

I’ve long been an advocate of restricting plastic usage, dating back to my time as a council member in 2009 when I introduced a bill to regulate the use and sale of polystyrene food wares. I again, reintroduced the measure in 2014, where it was referred to committee and eventually passed by the Maui County Council in 2017.

While the ban went into effect at the end of last year, polystyrene foam coolers were among the exemptions. Other exceptions to the ban were polystyrene ice chests, foam blocks and packing peanuts used as protective packaging during shipping. Butchered meats, poultry, fish and eggs also may be put in polystyrene containers.

Those not in compliance could face civil penalties of up to $1,000 a day.

Polystyrene coolers still present a danger to our environment and ocean wildlife, but I understand that the Polystyrene Foam Food Service Container Ordinance specifically targeted reduction efforts in the foodservice industry. There are currently no mandates in place that legally restrict the sale of this type of cooler.

There is still much work to be done in reducing polystyrene products in our county and I strongly encourage all residents and visitors to always care for our environment.

Want to Ask The Mayor? 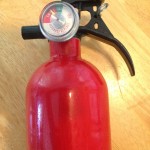 Ask The Mayor: Is it Illegal to Block Fire Extinguisher Access? 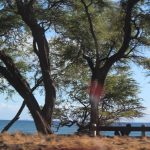 Ask The Mayor: When Will the County Fix Access to Papalaua Beach?