On Wednesday, the US Coast Guard rescued eight mariners from a fishing boat that was reported missing the day before.

Crewmembers aboard the KM Aleluya were adrift for 10 days without electricity, food, or water, the Coast Guard reports.

“This is a great example of why teamwork is so vital to search and rescue operations in this region,” Lt. Jonathan Girot, Sector Guam public affairs officer, said.

No injuries were reported. KM Aleluyaʻs crew will soon be taken to Palau.

Another Palauan ship crew is currently en-route to the abandoned KM Aleluyaʻs location to investigate the incident and consider future options for the vessel.

On Tuesday, the US Coast Guard initiated a search for a missing boat approximately 172 miles northwest of Palau.

Sector Guam Command Center watchstanders received the report from a Japanese Coast Guard crew that rescued a mariner on a motorboat north of Palau.

The crew from the Japanese Coast Guard could not locate the “Hallelujar” and called off the search due to worsening weather conditions.

According to Hawaiʻi Coast Guard officials, there are eight crewmembers still aboard.

The rescued mariner stated there were no injuries or significant medical concerns among the “Hallelujar’s” crew.

“Our primary concern is the well-being of the crew and the absence of lifesaving and communications equipment reportedly aboard the vessel,” Lt. Jonathan Girot, Sector Guam public affairs officer, said.

Residents in the area have also been assisting the Rescue Coordination Center Guam with the search.

Sector Guam watchstanders issued a SafetyNet broadcast to ask for assistance from any mariners in the area and diverted crews from Palau and Pohnpei to help the search. Watchstanders also contacted the US Air Force for help.

According to the Coast Guard, being prepared can reduce search times and increase chances of rescue. 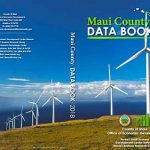 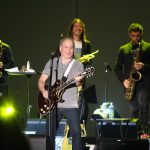