October 7, 2019, 1:02 PM HST
Listen to this Article
1 minuteLoading Audio... Article will play after ad...
Playing in :00
A
A
A
Veteran Hawaiʻi hospitality executive Pattie Herman was named the new vice president of marketing and product development for the Hawaiʻi Tourism Authority, the company announced today. 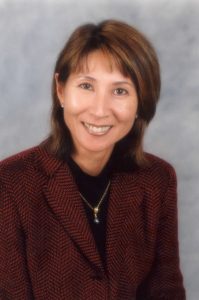 “In addition to having a long and successful career in the visitor industry, Pattie’s experience and success in the Asia market will be vital as we continue to focus on this high-spend traveler,” HTA president Chris Tatum said in a press release.
Herman has more than four decades of managerial experience in Hawaiʻiʻs tourism industry.
In her new role, Herman will oversee HTA branding and strategy planning, the development of new products, and the promotion of leisure and group travel programs.
“My objectives will be to promote the destination’s multi-faceted experiences, to focus on the quality of tourism, and to build on the traditions of the Hawaiian culture with passion and extreme care,” Herman remarked in the release.
Herman currently serves as the director of sales and marketing for the Waikīkī Beach Marriott Resort & Spa.
In the past, Herman has held high-level positions in sales and marketing at multiple resorts across the islands.
Herman received her associate degree in hotel management from Kapiʻolani Community College. She will begin her new role on Dec. 2.