“The purpose of this signage project is to educate residents and visitors about Hawai‘i’s ancient land division system, their boundaries, stories and sense of place, and to encourage and support the concept of sustainability,” said Vernon Kalanikau, the project’s coordinator. 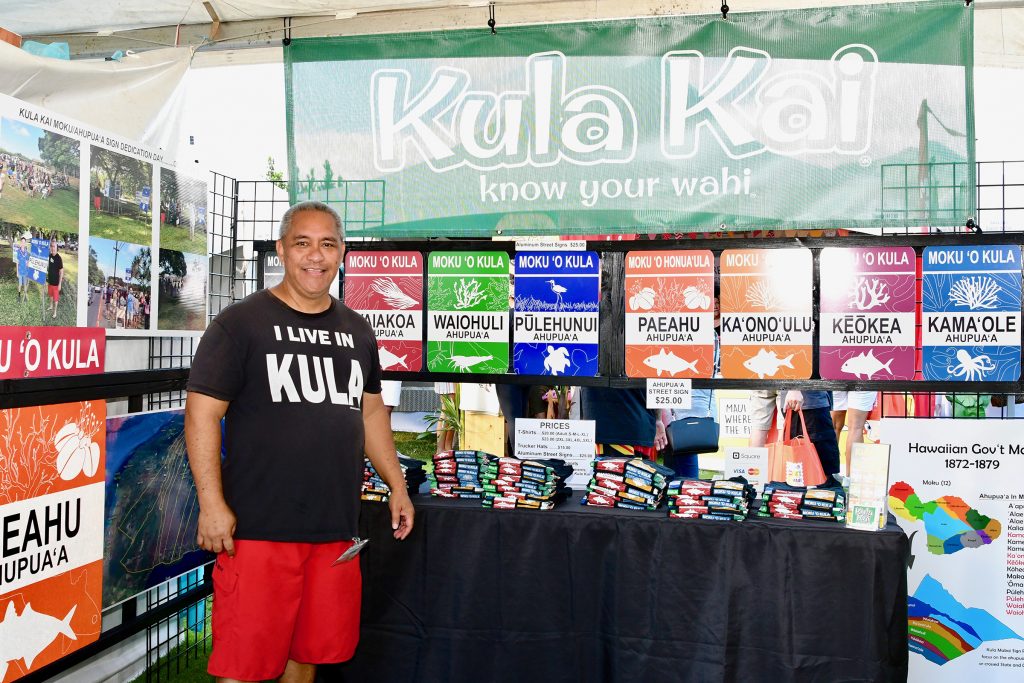 “We completed an ahupua‘a signage project for the Kula Kai area, also known as Kīhei, in October of last year. Now, we are looking to gain feedback from the community and Hawaiian cultural practitioners, kumu and people from their ahupuaʻa so we can determine land division or boundaries and gather moʻolelo to help design ahupua‘a signs for their respective ahupuaʻa within Moku ʻO Wailuku.”

The first community meeting to get feedback on the ahupuaʻa of Waikapū, Wailuku, Waiehu and Waiheʻe, will be held from 6 pm to 8 pm on Tuesday, Nov. 26 at the J. Walter Cameron Center Auditorium located at 95 Mahalani Street in Wailuku. Future meetings will be announced at a later date.

On the island of Maui, there are a total of 12 traditional land divisions. The Wailuku ahupua‘a is comprised of Wailuku and Kahului areas including near Spreckelsville and Maui Veterans Highway (formerly known as Mokulele Hwy).

According to organizers, the concept of private property was unknown to ancient Hawaiians, but they did follow a complex system of land division. All land was controlled ultimately by the highest chief or king who held it in trust for the whole population and each island was divided into moku.

Each moku was in turn, divided into ahupua‘a, narrower wedge-shaped land sections that typically ran from the mountains to the sea. The size of each ahupua‘a – a large, traditional socioeconomic, geologic, and climatic subdivision of land – depended on the resources of the area. Poorer agricultural regions were split into larger ahupua‘a to compensate for the relative lack of natural abundance.

Ahupua‘a also varied in size depending on the economic means of the location and political divisions of the area. Each ahupua‘a was ruled by an ali‘i and included a lowland mala (cultivated area) and upland forested region.

The Moku ʻO Wailuku Ahupuaʻa Sign project is a cultural grants program funded by the County of Maui Office of Economic Development.  Maui Food Technology Center will be assisting Kalanikau with the administrative work, community outreach and marketing for the project.