An estimated 3,000 people attended the annual holiday Tree Lighting Ceremony and holiday kick-off event at the Grand Wailea Maui over the weekend.

The event on Sunday culminated in the ceremonial lighting of a 25-foot live Norfolk Island Pine tree and more than seven miles of lights strung along the resort’s entrance and driveway.

This year, attendees enjoyed complimentary hot cocoa and cookies as well as a live concert by Maui’s own award-winning, Nā Wai ‘Ehā, named for the four sacred waters of Wailuku, Waikapū, Waiehu and Waiheʻe in Central Maui.

As part of this year’s Tree Lighting Ceremony, the newly launched Grand Wailea Foundation donated a total of $30,000 to three local nonprofits. Hui o Wa‘a Kaulua, Maui Historical Society, and Boys & Girls Club of Maui were each awarded a lead grant of $10,000 by the Foundation for their work serving the community.

“Thank you to Grand Wailea Foundation for supporting us; it allows us to educate our children and our adults about from whence we came – across the deep seas of the Pacific Ocean to Hawai‘i,” said Clifford Nae‘ole, board member and cultural advisor to Hui o Wa‘a Kaulua. The organization plans to use the grant to help fund a voyage to Tahiti in 2020.

“This monetary donation goes a long way toward helping fund our programs to serve the kids,” said Stephen Bennet, operations director, Boys & Girls Club of Maui. “Throughout the year, Grand Wailea is also donating meals and snacks for our clubhouses and afterschool programs. We owe a very big mahalo to the Grand Wailea for its partnership.”

“These organizations make significant contributions to the preservation of Hawaiian culture and history and to the education of Maui County keiki,” said JP Oliver, managing director of Grand Wailea and president of the Grand Wailea Foundation. “It is an honor for Grand Wailea Foundation to support their goals in 2020 with grants that help extend their reach and deepen their impact.”

In November, BRE Hotels & Resorts – the owner of Grand Wailea – made a $75,000 donation to celebrate the establishment of the Grand Wailea Foundation. Additional fundraising to support the mission and initiatives of the Foundation will include fundraising events, as well as a voluntary guest contribution program.

Attendees of this year’s Tree Lighting Ceremony were also invited to shop a collection of Maui-made products from local artisans with a portion of proceeds going to support the Foundation. 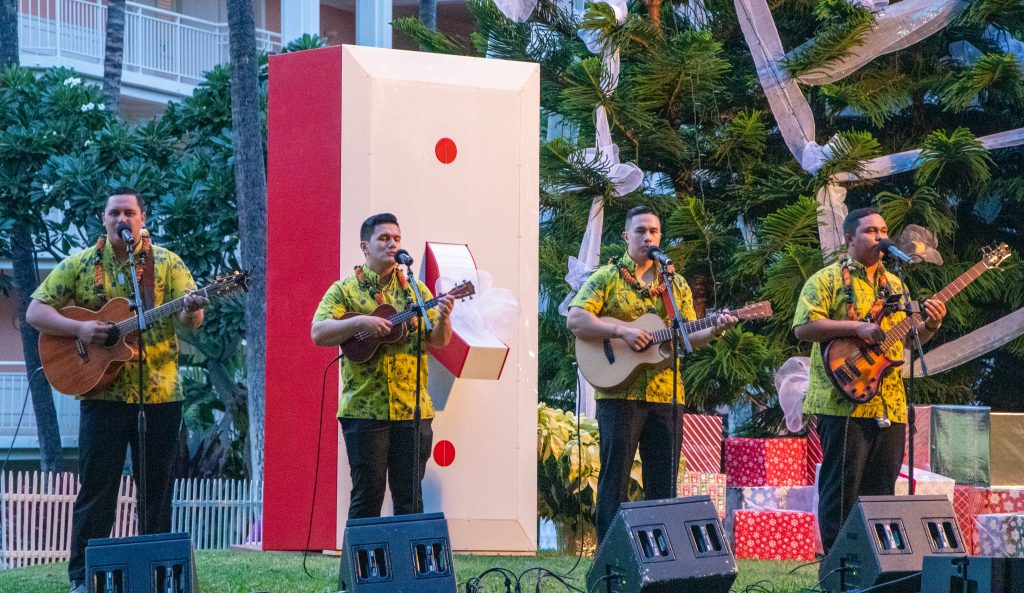 Maui’s own award-winning, Nā Wai ‘Ehā was the featured entertainment at the resort’s annual Tree Lighting Ceremony held over the weekend. PC: GWR. 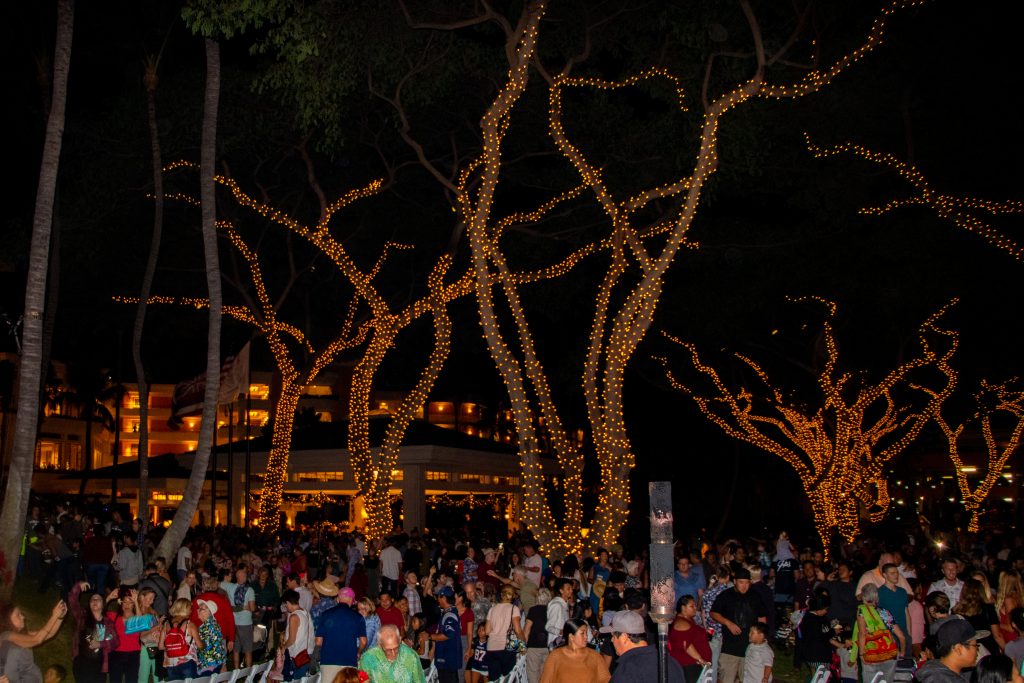 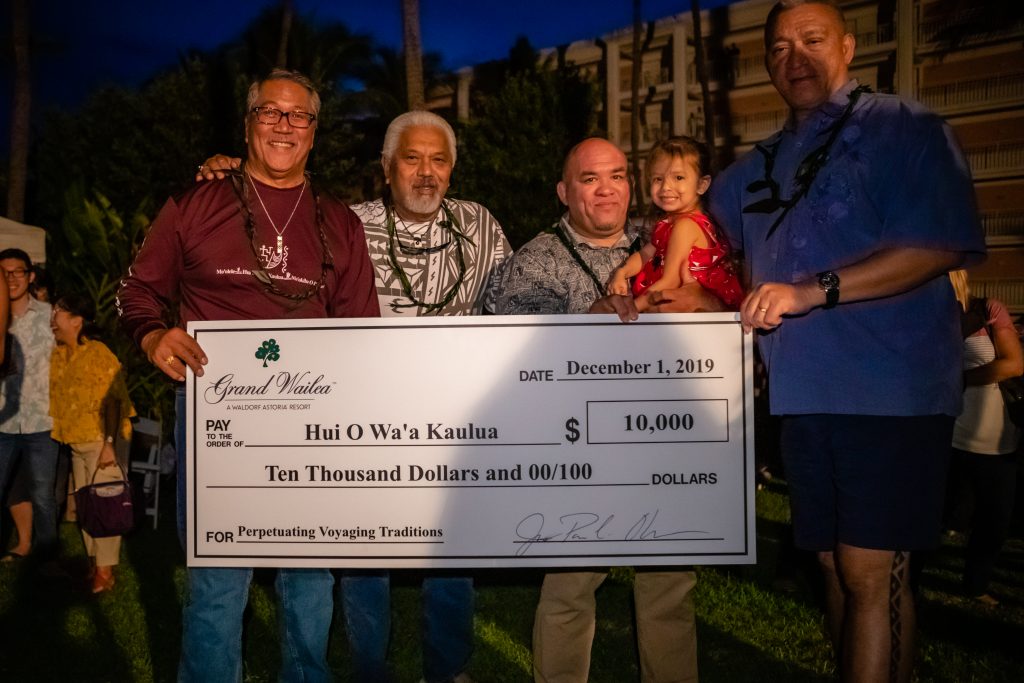 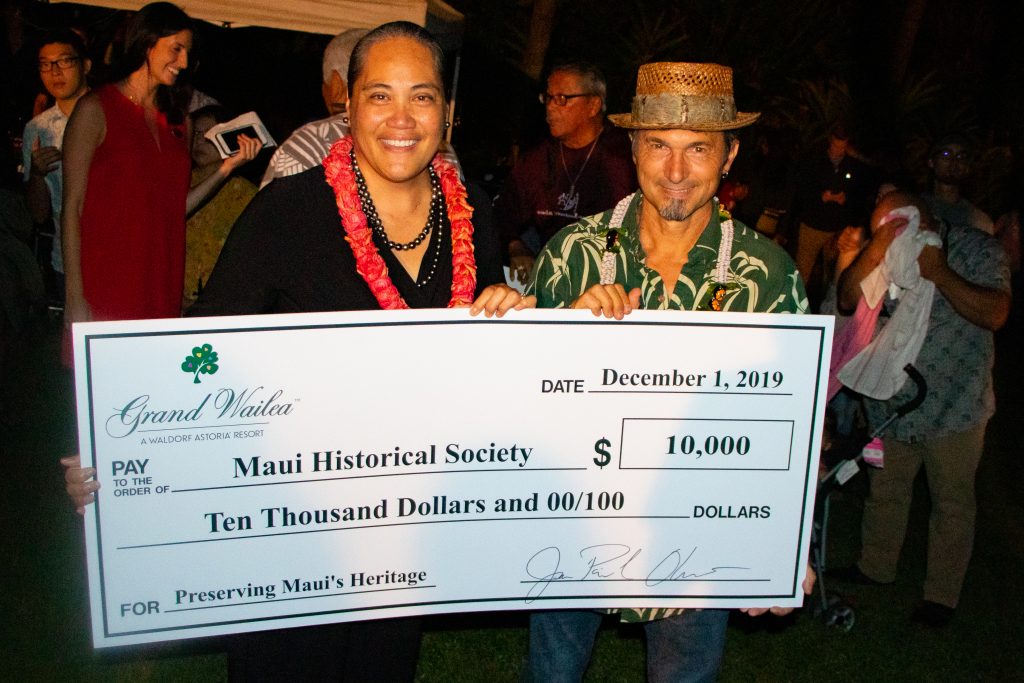 The Maui Historical Society accepts a $10,000 donation from the Grand Wailea Foundation as part of the resort’s holiday celebration. PC: GWR. 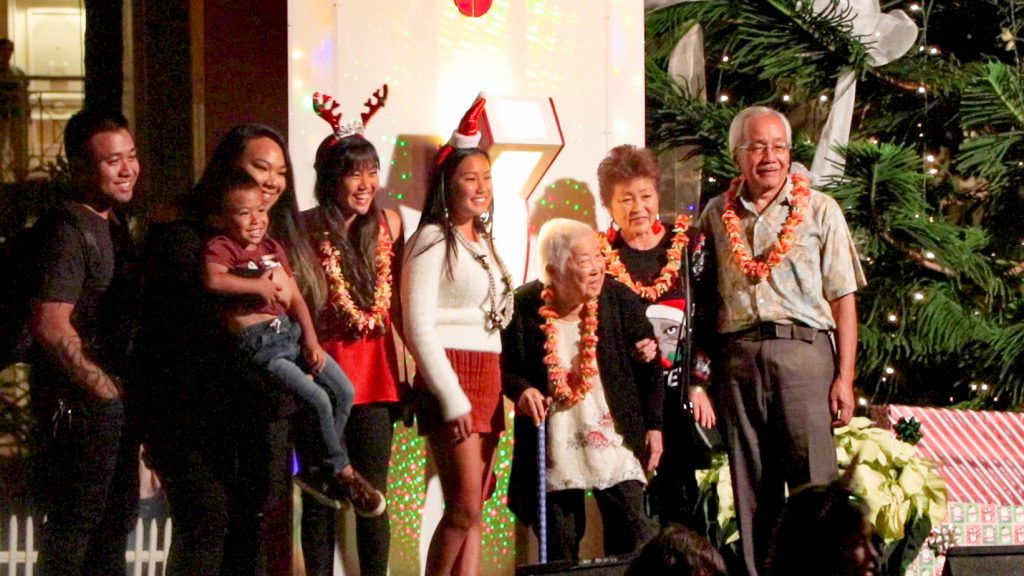 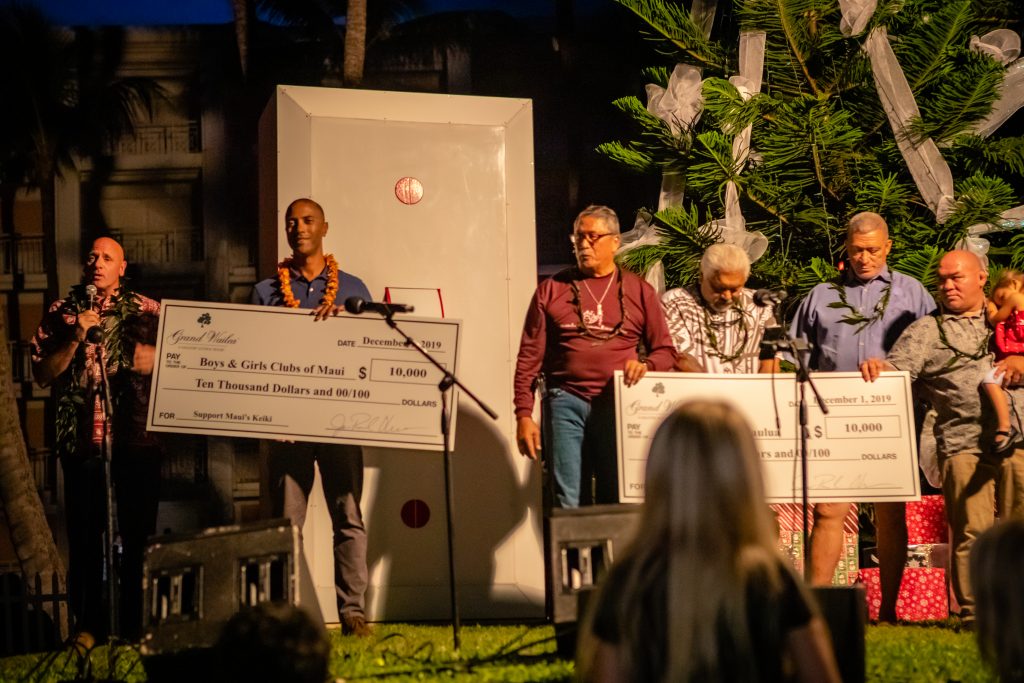