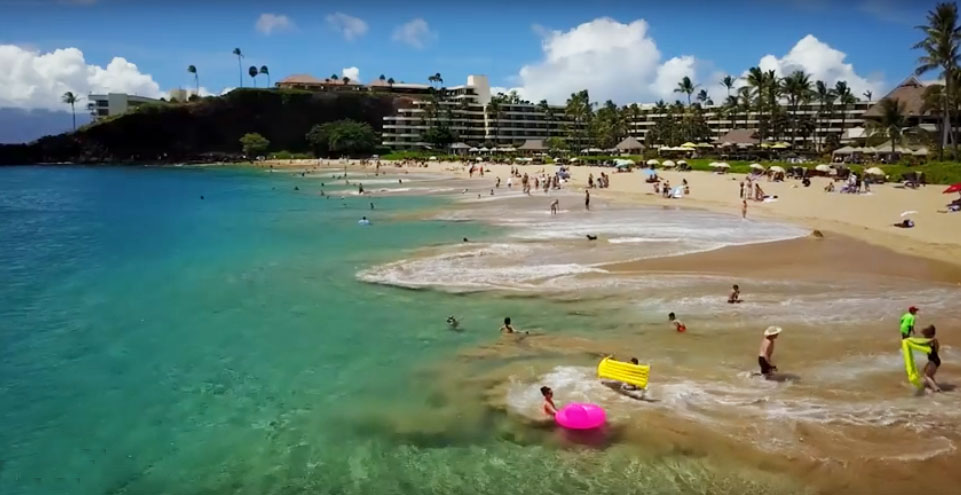 A 70-year-old man from Iowa was pulled unresponsive from waters in West Maui on Thursday evening.  The incident was reported at around 5:01 p.m. on Jan. 23, 2020 in waters fronting the Whalers Village in Kāʻanapali.

According to police reports, witness accounts revealed that the man was standing in waist-deep water fronting the Whaler, when he was knocked over by a wave.  Upon standing back up, police say the mangas struck by another wave and “seemed to go unresponsive as he did not stand after falling the second time.”

The man remained face down in the shore break as two to three additional waves broke on the shore, according to department reports.

Bystanders who witnessed the incident later assisted the man from the water and started lifesaving efforts.  Personnel from the Maui Fire Department took over upon arrival, but despite efforts to revive the man, he did not survive and was pronounced dead at the scene.

Police have classified the case as a miscellaneous accident and say the cause of death is pending autopsy results.