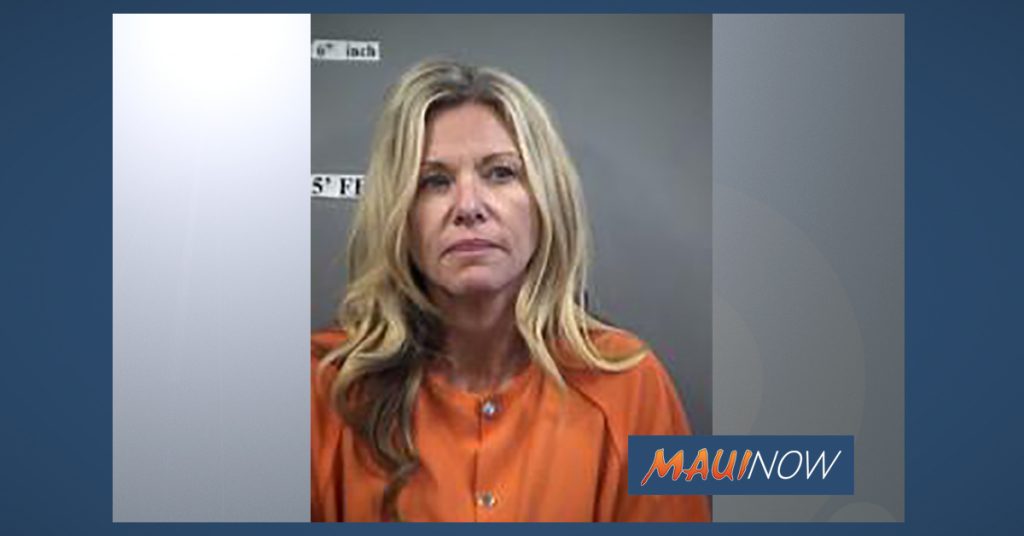 Lori Vallow Daybell has no scheduled visits today at the Kauaʻi Community Correctional Center, however her new husband, Chad Daybell was allowed a one-hour visit yesterday afternoon, according to officials with the Department of Public Safety.

“Wardens have discretion to hold separate visits when a high profile situation creates higher than normal levels of attention, traffic and security strain for our small jail facilities. The separate visit was allowed to prevent further disruption of normal security operations for staff, and was in consideration of other inmates and their visitors,” a department spokesperson said.

A judge today maintained bail with Vallow being held on $5 million bond. Her attorney had resubmitted a request for bail reduction, which was denied today by Judge Kathleen Watanabe.

A previous motion by her attorney to reduce bail to $10,000 was denied and bail was maintained during her initial court appearance on Friday as well.

Vallow is now waiving extradition to Idaho where she will be remanded in custody to face felony charges there surrounding the disappearance of her two minor children–17-year-old Tylee Ryan and 7-year-old Joshua “J.J.” Vallow–who have been missing since September.

A status hearing is scheduled for March 4 at 9 a.m.

Today’s developments come as new subpoenas were reportedly filed seeking records in both Hawaiʻi and Idaho, according to East Idaho News.

The case involves two felony counts of desertion and nonsupport of dependent children; arrests and seizures – resisting or obstructing officers; criminal solicitation to commit a crime; and contempt of court – willful disobedience of court process or order.

Seventeen-year-old Tylee Ryan, Lori Vallow’s daughter from a previous marriage was last seen on Sept. 8, 2019, according to a probable cause affidavit.  She had reportedly gone on a day trip with her mother Lori Vallow, her brother JJ Vallow and her uncle Alex Cox, at Yellowstone National Park.

The missing children investigation comes amid the recent death of Lori Vallow’s former spouse, Charles Vallow who was fatally shot by her brother, Alex Cox on July 11, 2019 in Arizona.  Multiple media reports indicate that Cox claimed self defense.  Cox later was found unresponsive and died five months later on Dec. 11, 2019 in his Gilbert, Arizona, home, according to ABC News.

Vallow recently married Chad Daybell, 51, an author of several end-of times religious books.  The two had both appeared in religious podcasts focusing on personal preparation and self reliance.

Prior to their marriage, Daybell’s wife Tammy Daybell also died.  Her death on Oct. 19, 2019 at her Fremont County, Idaho home was initially believed to be natural; but since then, police say an investigation by the Fremont County Sheriff’s Office determined that Daybell’s death may be suspicious.  Her remains have since been exhumed for autopsy.

No charges have been filed in those investigations.

The deadline on Jan. 30 came and went, and the couple ventured to Maui for two days between Feb. 16-18 before returning to Kauaʻi

*This story will be updated as more information becomes available.