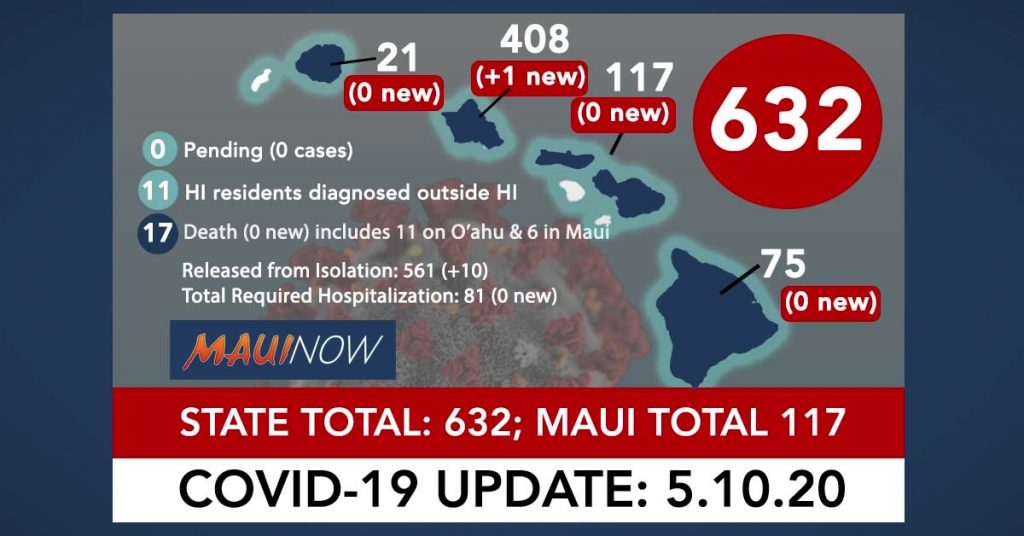 To date, 561 people have recovered including 91 in Maui County.

The Hawaiʻi State Department of Health reports that there were 561 individuals released from isolation; and 81 cases (13%) that have required hospitalization. A total of 572 patients (91%) were residents.

Maui County’s count remains unchanged from yesterday. Of the 117 cases in Maui County, at least 91 have been released from isolation, and 22 have required hospitalization.

As of today, there were more than 37,785 individuals tested by clinical and state laboratories.  Of that number, 37,153 were returned negative. In Maui County, a total of 6,781 tests were returned negative to date.  There were 36 tests returned on Maui since yesterday.  *(Note: The state Department of Health reports that a technical error in the ELR reporting resulted in over-counting of some tests over the past week. The issue has been corrected). 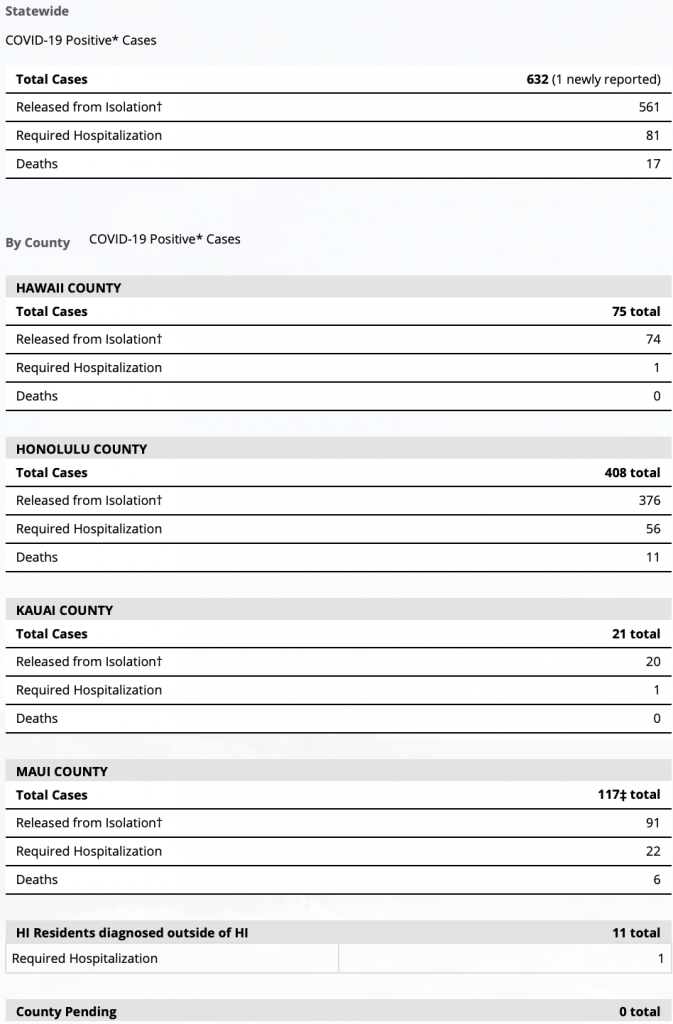