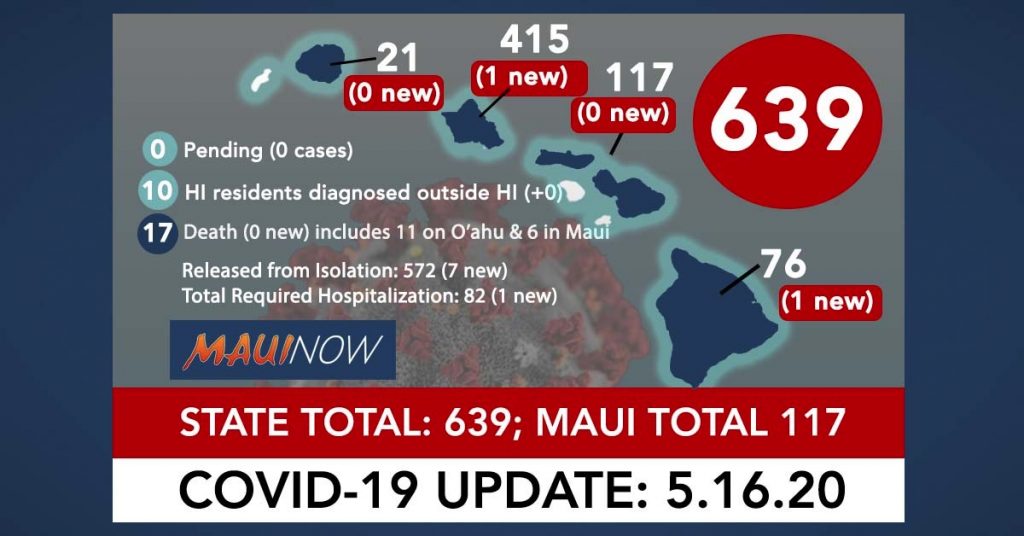 As of noon on Saturday, May 16, 2020, there are 639 cases of COVID-19 identified in Hawaiʻi with two new cases in the state–one on Oʻahu and one on Hawaiʻi Island.  As a result of updated information, the state Department of Health reports that one case was removed from counts from Hawaii County.

To date, 572 people (nearly 91.9%) have recovered including 96 in Maui County.  There are currently 50 active cases in the state.  Mayor Victorino said that as of Friday, May 15, there were two active cases at the Maui Memorial Medical Center.

The Hawaiʻi State Department of Health reports that there were 572 individuals released from isolation; and 82 cases (13%) that have required hospitalization. A total of 578 patients (90%) were residents.

Maui County’s count remains unchanged from yesterday. Of the 117 cases in Maui County, at least 96 have been released from isolation, and 22 have required hospitalization.

As of today, there were more than 41,788 individuals tested by clinical and state laboratories.  Of that number, 41,149 were returned negative. In Maui County, a total of 7,199 tests were returned negative to date. There were 90 new tests returned on Maui since yesterday.   *(Note: The state Department of Health reports that a technical error in the ELR reporting resulted in over-counting of some tests over the past week. The issue has been corrected). 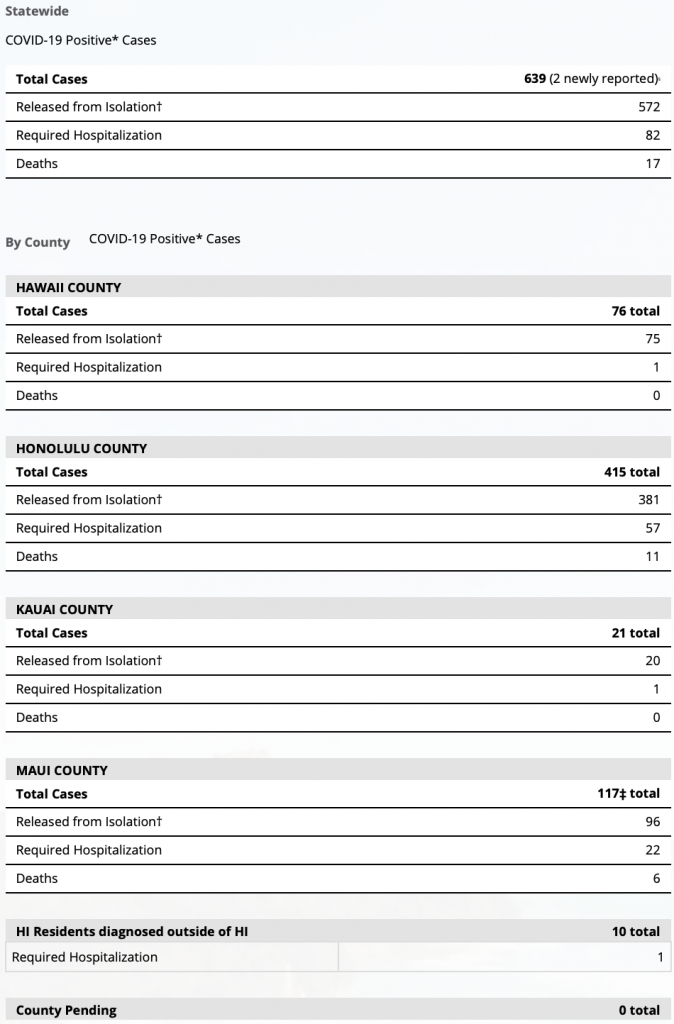 §As a result of updated information, one case was removed from the counts (From Hawaiʻi County)

The County of Maui will start allowing passive recreation at beaches effective on Saturday, May 16.  This is for a trial period only of two weeks (from May 16 to 30) and will be reassessed.

Governor David Ige’s Safer-at-Home order will likely be extended to the end of June, according to new information shared by the Governor on May 14.