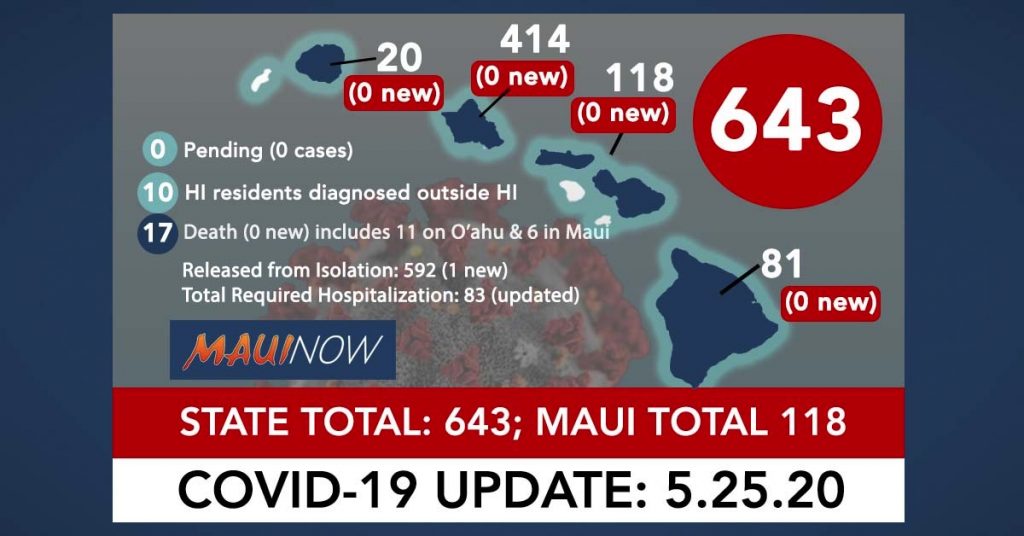 As of noon on Monday, May 25, 2020, there are 643 cases of COVID-19 identified in Hawaiʻi with no  new cases reported today.  *As a result of updated information provided by the state Department of Health, one case was removed from the list for individuals who required hospitalization.

The Hawaiʻi State Department of Health reports that there were 592 individuals released from isolation; and 83 cases (13%) that have required hospitalization. A total of 582 patients (91%) were residents.

Maui County’s count remained unchanged from yesterday. Of the 118 cases in Maui County, at least 105 have been released from isolation, and 22 have required hospitalization. 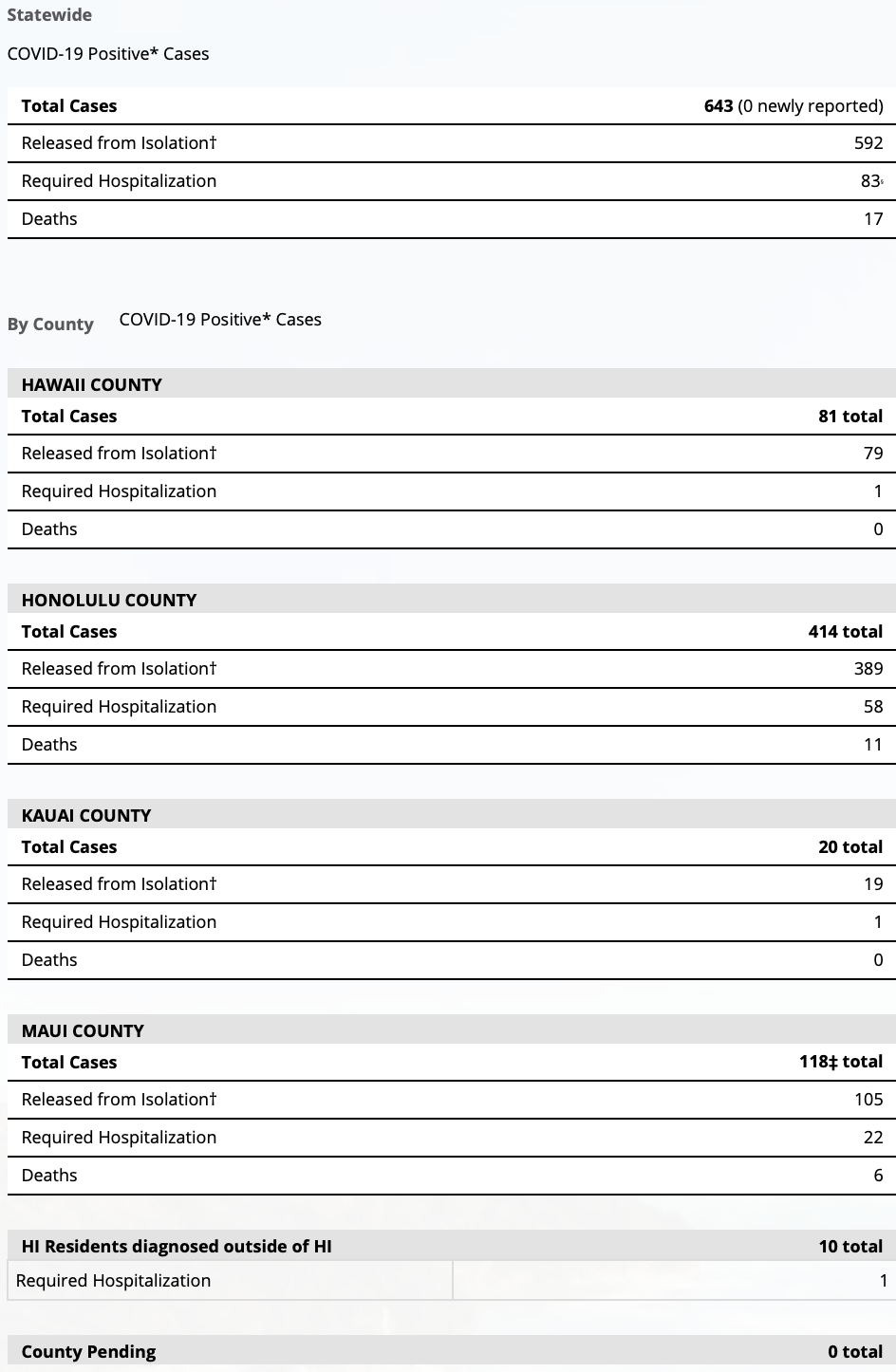