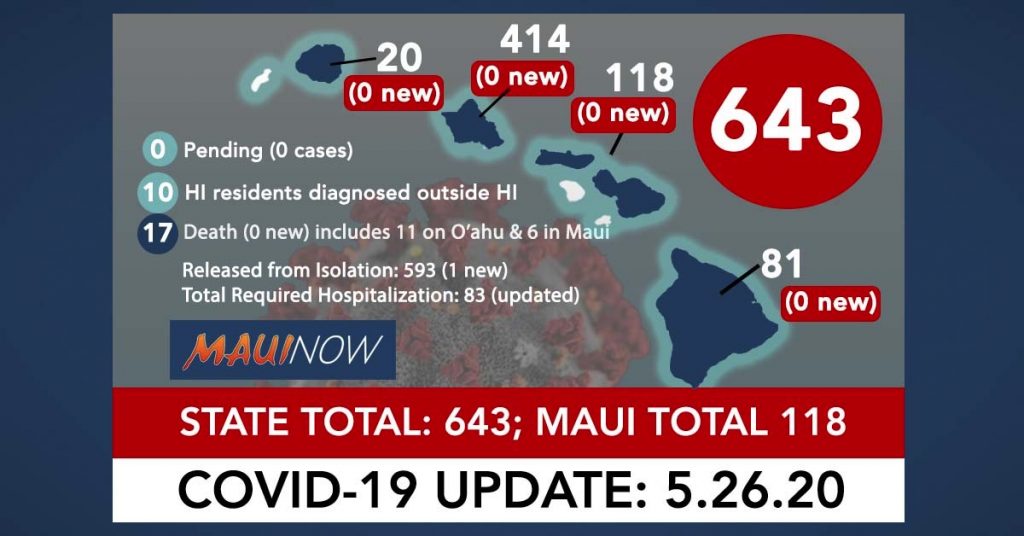 The Hawaiʻi State Department of Health reports that there were 593 individuals released from isolation; and 83 cases (13%) that have required hospitalization. A total of 582 patients (91%) were residents. 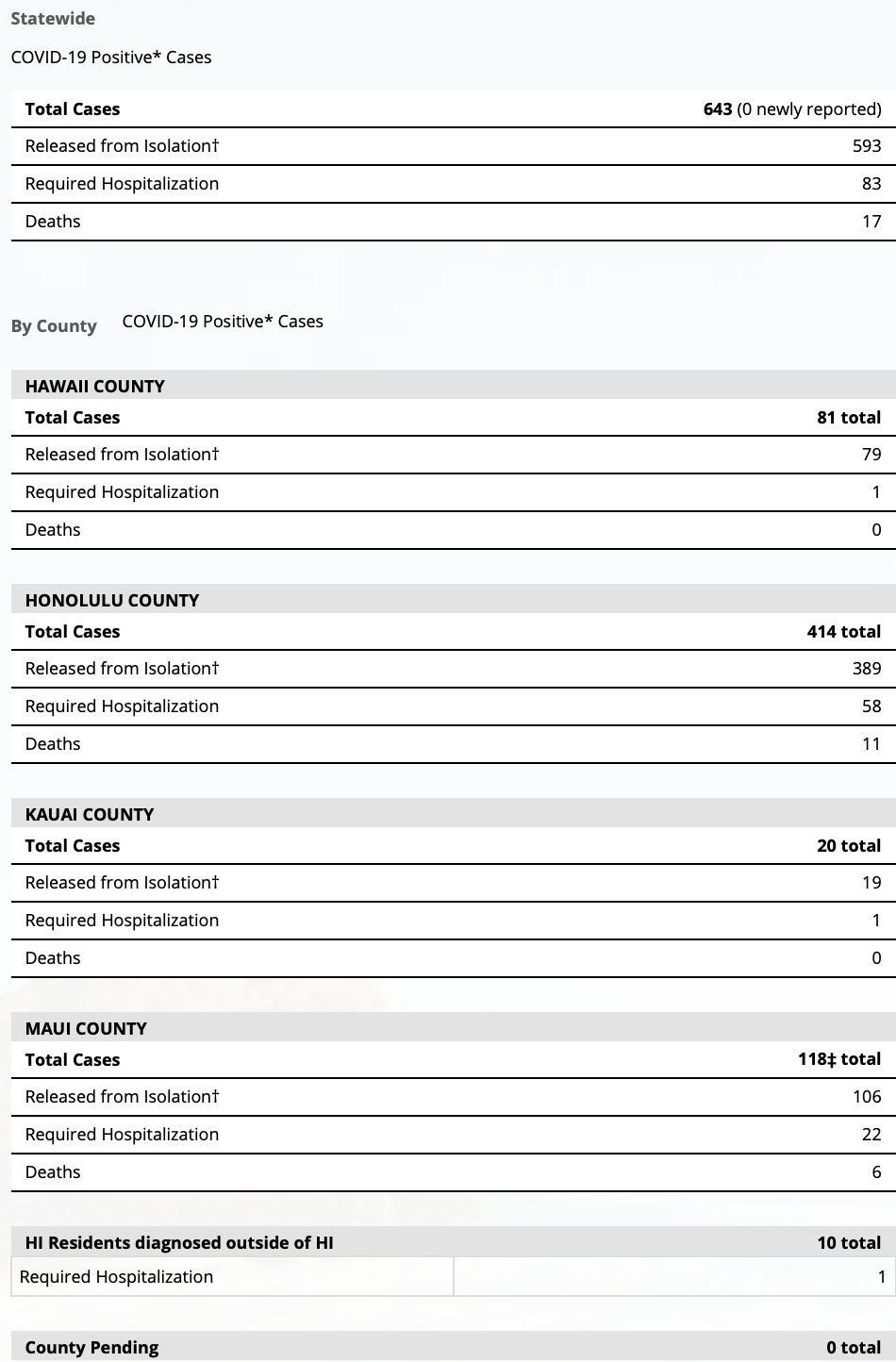 Maui Mayor Michael Victorino said he’s asking that the resumption of dine-in restaurant services on Maui be moved from the previously announced June 5th date to an earlier June 1st date instead; but he’s awaiting approval from the governor’s office.