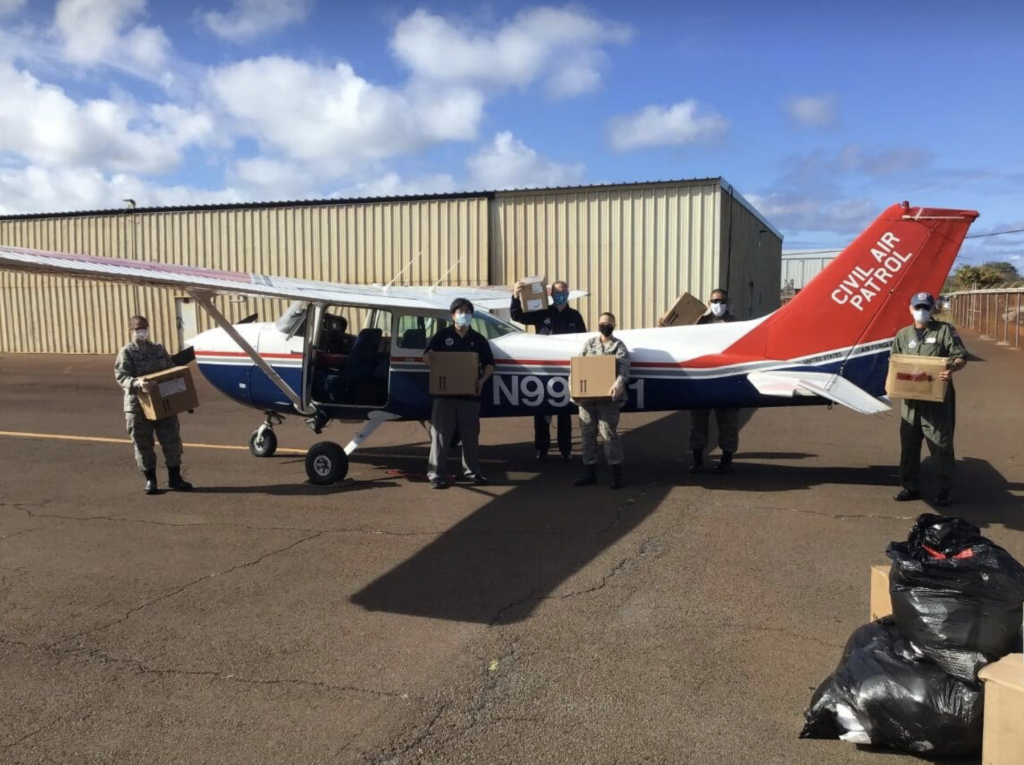 Over the weekend, volunteers with the Hawaiʻi Wing Civil Air Patrol delivered more than 800 pounds of medical supplies and Personal Protective Equipment to the Maui Emergency Management Agency to support first responders.  The delivery was made with the help of Maui’s 057 squadron.

The group operates a fleet of 550 aircraft and is tasked with assisting in search and rescue missions, homeland security support, disaster relief and drug interdiction missions at the request of federal, state and local agencies.

The mission was also made possible in part by MEMA director Herman Andaya (who is also a 2nd Lt with the Maui 057 squadron) and Capt. Carol Murray the Incident Commander for the mission. 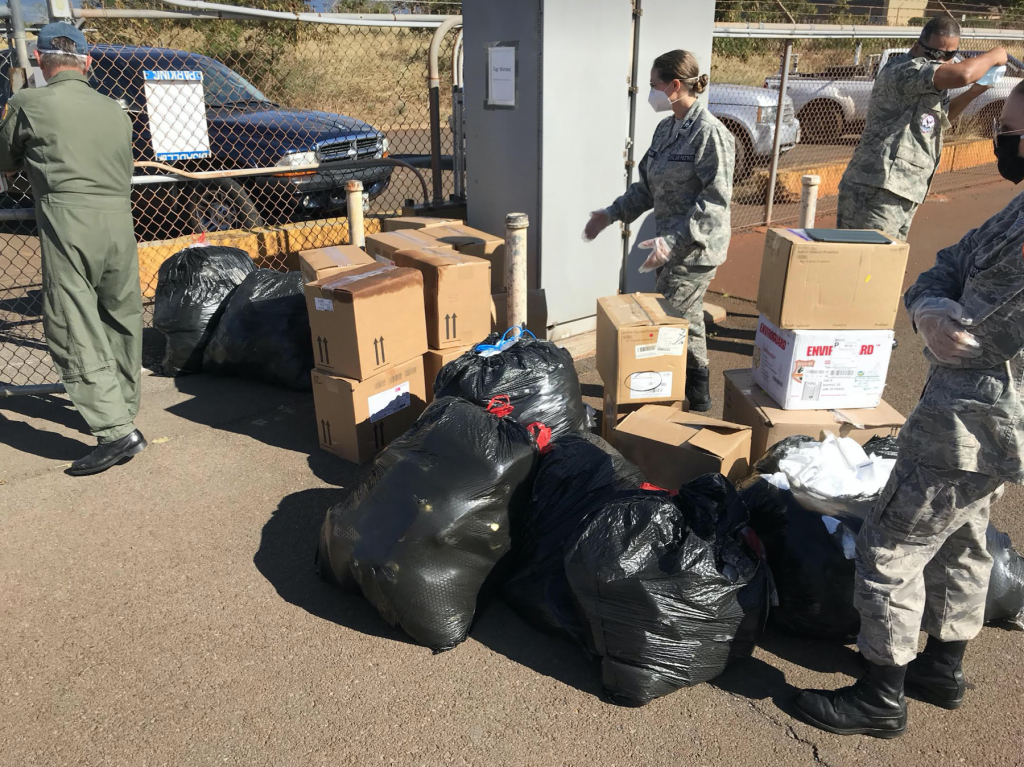