One New COVID-19 Case on Oah‘u, One Case in Resident Outside of State: Hawai‘i Total is 655 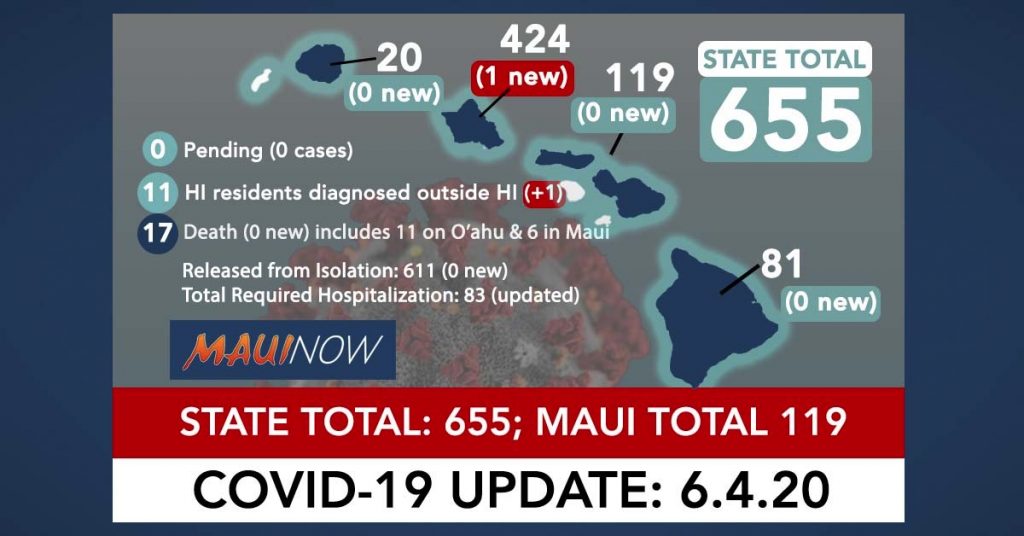 There was one new COVID-19 case reported today on the island of Oʻahu, and one case in a resident who was diagnosed while outside of the state, resulting in an updated COVID-19 case count for Hawaiʻi of 655.

The Hawaiʻi State Department of Health reports that there were 611 individuals released from isolation; and 83 cases (13%) that have required hospitalization. A total of 592 patients (90%) were residents.

Maui County’s count remained unchanged from yesterday. Of the 119 cases in Maui County, at least 111 have been released from isolation, and 22 have required hospitalization.

Mayor Victorino notes that as of Wednesday, there remained just a single COVID-19 positive case at the Maui Memorial Medical Center. 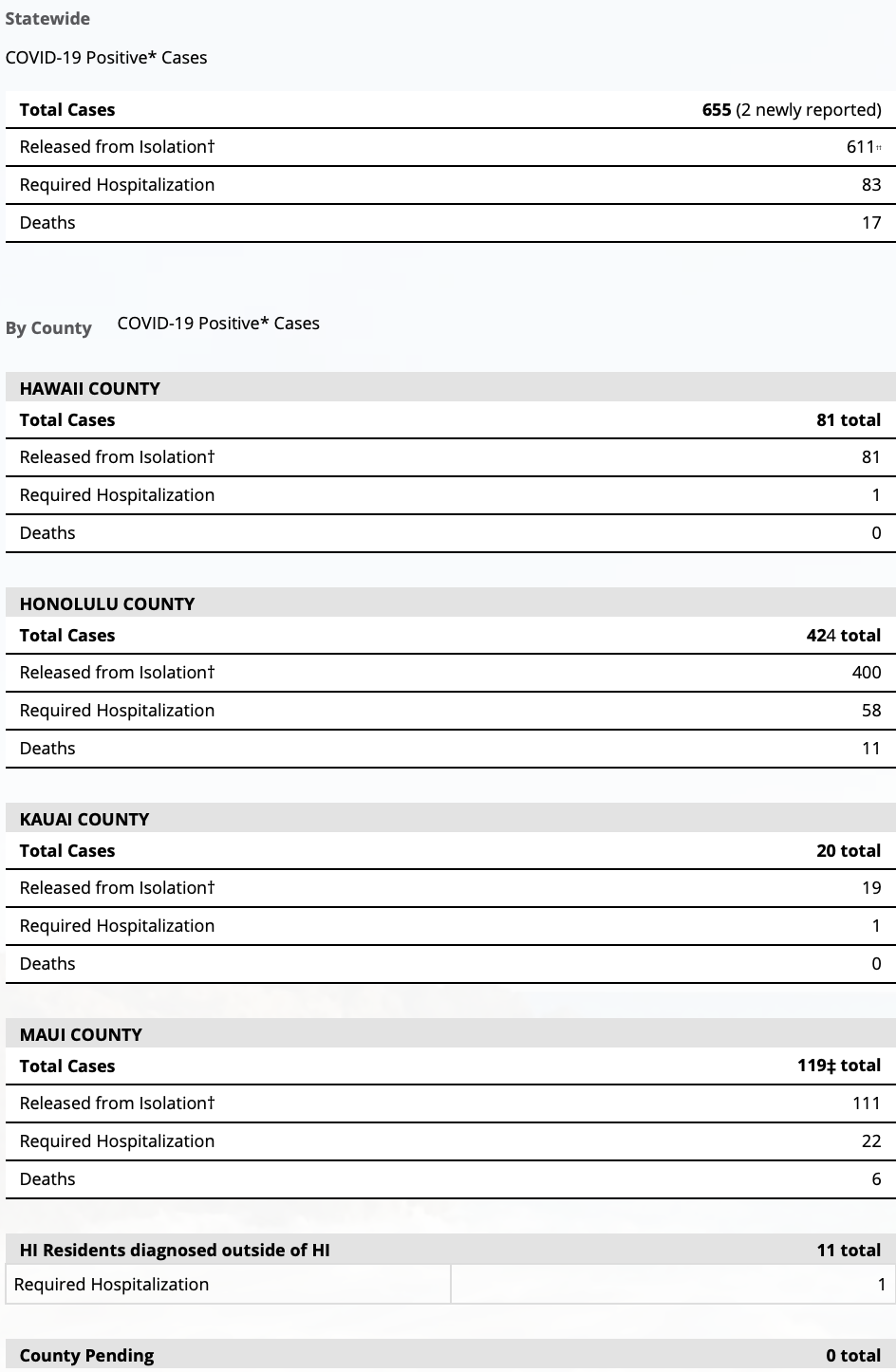 ††As a result of updated information, the count of released from isolation was reduced by 1.