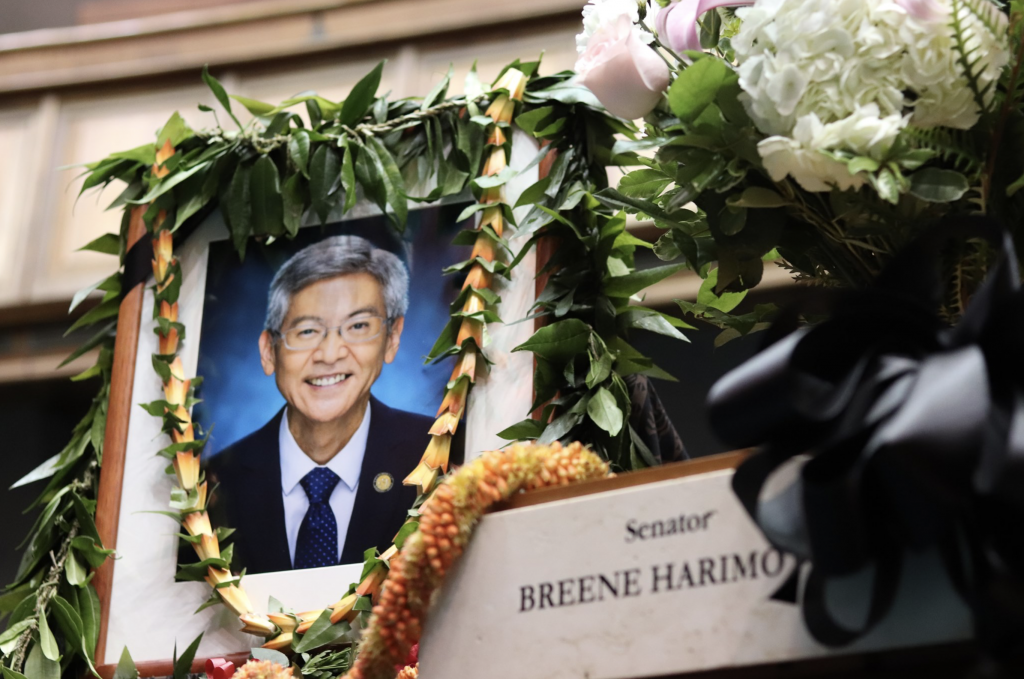 The Hawai‘i State Senate will honor their late colleague Senator Breene Harimoto with a memorial service today in the Senate Chamber.

Senator Harimoto passed away Thursday, June 18, after a long fight with pancreatic cancer. He was 66.

The memorial includes a processional for the Harimoto family and a service in the Senate Chamber. Flags are also lowered to half-staff today in honor and remembrance of the late Senator.

Maui Mayor Michael Victorino and First Lady Joycelyn Victorino extended their condolences saying, “Senator Harimoto served the people of the State of Hawai‘i with great grace and humility.  He was well known for his kindness, compassion and faith, as well as for his work on affordable housing and transit-oriented development. He was a dedicated public servant who worked hard to make our community a better place for everyone. He will be greatly missed.”

“Joycelyn and I are deeply saddened by Breene’s loss, and we ask everyone to extend their prayers and condolences to the ‘Ohana Harimoto as they celebrate him and remember his life.”

Governor David Ige also offered his condolences saying, “Breene was a true dedicated public servant who worked tirelessly and selflessly for the community he loved, even while fighting his illness.”