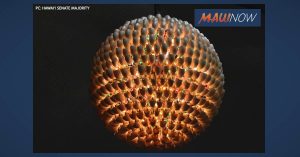 The Hawai‘i State Senate passed a bill that would prohibit the Public Utilities Commission from extending or renewing any contracts to generate energy from coal and phase out the use of coal in Hawai‘i by the end of 2022.

SB2629 SD2 HD1 prohibits, after June 30, 2020, the approval of a new or renewed power purchase agreement for electricity generated from coal, as well as the modification of a coal power purchase agreement that proposes to extend the term or increase the amount of generation that is allowed to be produced under the existing agreement. The bill also prohibits, after Dec. 31, 2022, the issuance or renewal or covered source air permits for coal-burning electricity generation facilities.

“The legislature finds that the State has committed to a decisive and irreversible transition away from fossil fuels, and a swift transition to a clean energy economy powered by 100 percent renewable energy,” the bill states.