So Far… 182 Arrests for Quarantine Violations in Hawai‘i, Including 16 on Maui 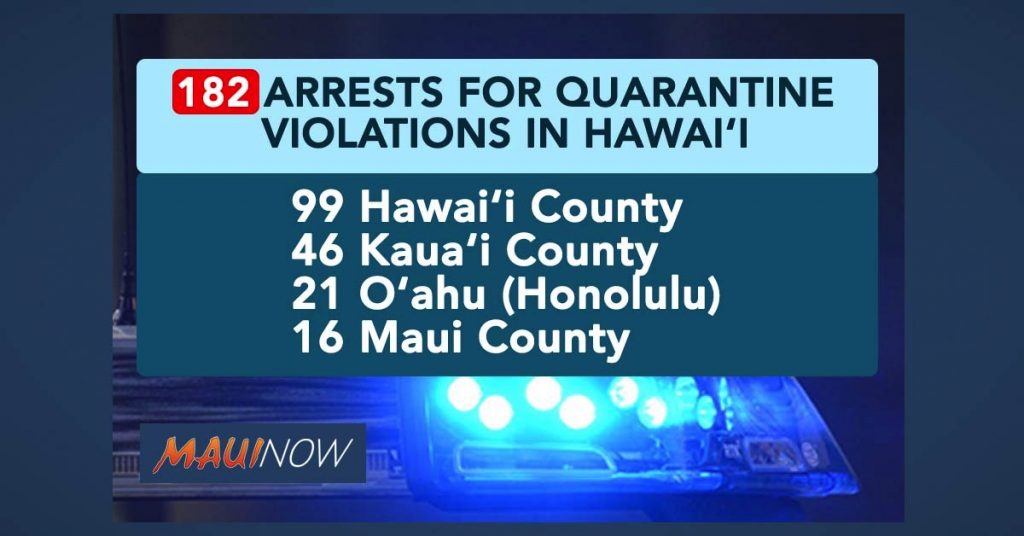 So far, 182 people have been arrested by state or county law enforcement officers for violating emergency quarantine rules in Hawaiʻi, according to state officials.  The breakdown includes 99 arrests on the Big Island of Hawaiʻi, 46 arrests on Kauaʻi, 21 arrests on Oʻahu and 16 arrests on the island of Maui.

“It’s a monumental effort to keep track of everyone who should be in quarantine,” said state officials, noting that the effort involves a hui of law enforcement agencies, representatives of Hawai‘i’s visitor industry, state transportation workers and the community.

On O‘ahu, arrests were made by special investigators with the Department of the Attorney General. The Honolulu Police Department (HPD) reports its officers do respond to quarantine violations and officers have discretion to warn, cite, or arrest based on available facts and circumstances.  The neighbor island arrests were conducted by respective police departments.

More than 2,200 returning residents and travelers flew into Hawai‘i airports on Wednesday and unless they have an exemption, all of them are required to abide by the State’s current 14-day quarantine rules.

The team that calls quarantined visitors for follow-up is made up of workers from the Hawai‘i Tourism Authority, the Hawai‘i Visitors and Convention Bureau, Hawai‘i County Civil Defense and the Maui Police Department.

State officials say there are approximately 80 members on the calling team who work to contact quarantined visitors between 9 a.m. and 8 p.m. each day, including weekends and holidays.

According to authorities, they have contacted well over 27,000 travelers and have made more than 113,000 phone calls, texts and emails since the quarantine order went into effect at the end of March.

The team calls quarantined visitors as many as three times during their two-week-long quarantines. Some 7,145 are still actively being tracked.

Since the end of March, the team has escalated 667 travel parties for suspected or reported violations. In addition, they supply supporting documentation to law enforcement on all islands for their investigations into quarantine violations. This call team assisted in the case against the cult members arrested on Hawai‘i Island last month.

Staff volunteers from the Hawai‘i Department of Transportation contact returning residents, utilizing many of the same procedures as the team tracking quarantined visitors.

State officials say AG’s investigators also conduct random “compliance” checks on people who are in quarantine. Prior to the conclusion of an individual’s quarantine, AG Special Agents go into the field to see if people are complying. Those, who aren’t, are investigated further to ensure they’re complying. If not, they can be arrested or cited.

Jones said, “The response from those that have been checked in the field, have been positive, and they are appreciative that someone is actually checking. We do want to remind people that our agents will always show their credentials.”

Connors said, “Our investigations division team focuses on any crimes that significantly affect the safety and well-being of our community. In addition, they provide public safety services during emergency situations. We take seriously our responsibility to keep people safe during this COVID-19 pandemic.” 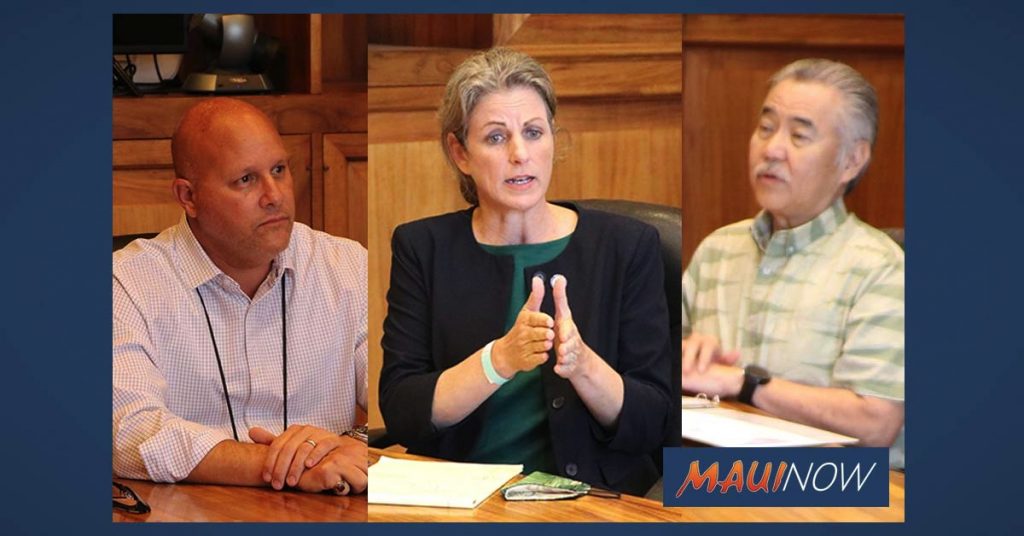