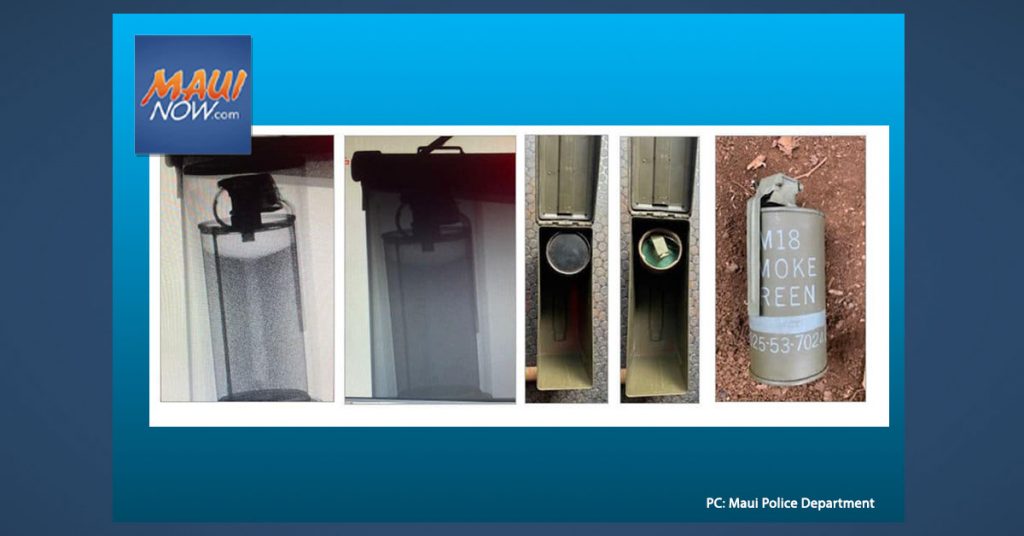 The Maui Police Department Special Response Team was contacted regarding the finding of a possible grenade at a residence in Makawao on Wednesday morning.

Investigation reveals the owner of the property reported finding the suspected grenade, within an ammunition can, while cleaning the recently purchased home. He took the ammunition can, containing the grenade outside and covered it with a metal 55 gallon drum, then called police.

Further investigation revealed the suspected grenade to be an incendiary device and not an explosive device. The item was recovered for proper disposal.