“Our numbers have been averaging just around one new case (daily) over the last month or so–when you average it out and you take out the 11 old cases from back in August and September when we were at our height,” said Maui Mayor Michael Victorino in a morning interview on KPOA 93.5 FM with Shane Kahalehau.

“We still have about 10-12 percent coming in that have not tested, and that actually goes up to almost 20 percent with the non-approved or non-trusted tests,” said Mayor Victorino, noting the  numbers may change over the next week with the addition of new “trusted partners.”

“According to the lieutenant governor, we have about another 40 partners that they are looking at and we should get them approved over the next week and a half to two weeks.  That will make it a lot easier for people to get tested,” he said. “With all that being said, the one thing that I’ve been noticing (and I’ve had a lot of reports on) is our visitors are not wearing masks when they go out.”

“We work hard as residents to wear our masks and do what is right.  You’re in our home.  Let’s do it right and wear your mask, and keep physical distancing, practice good hygiene–all of that.  But the mask is very important, especially when you are out in public,” he said.

“I want to remind the residents that we have to do our fair share to protect ourselves, our families and our community.  I’m going to be sending out a notice to all of the hotels once again that are open, all the vacation rentals that we know of, and put it on our webpage again–mandatory wearing of masks when you leave your lodging and wear it until you return, unless you go to the beach and go swimming. But when you come out and get dried up, put your mask back on, even if your are with family,” said Mayor Victorino.

According to the mayor, an estimated 150 people have signed up so far for the voluntary secondary post-arrival test.  “Some of them signed up the day they arrived.  So far, they’ve been all negative.  We’re really feeling good about that.  We’re hoping more will do it,” said the mayor.

“Another issue that has come up with our Kamaʻāina First program. We designed that to help our kamaʻāina economy by having the kamaʻāina shop there.  We even had that for when we opened the inter-county travel last time, when we had opened up and (had) no quarantine between the islands.  But when we had to shut down again, that stopped,” he said.

“We’ll we’re reopening that for those visitors who come in and get their voluntary test, there’s a Mahalo Card, which will help them go to the various local businesses and enjoy and buy local and save a few dollars if they want to.  This is not a mandatory test, and we have sent out notice to all of the vendors who are participating–on the card itself, there’s a disclaimer, not all vendors or names listed on the form are participating in the kamaʻāina first program when it comes to our visitors,” said Mayor Victorino.

“This is one of many steps to revitalize our economy and make those systemic changes we are talking about.  Now we can start moving forward with some of the other areas that we have spoken of,” said Mayor Victorino.

Scroll Down to Read 83 Comments 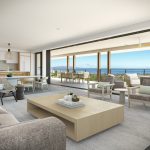 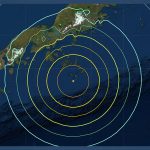 ARTICLE COMMENTS ( 83 )
This comments section is a public community forum for the purpose of free expression. Although Maui Now encourages respectful communication only, some content may be considered offensive. Please view at your own discretion.
I Understand, Show Comments