The Central Pacific Hurricane Center and National Hurricane Center are now tracking two systems: Tropical Storm Akoni which has formed far southeast of Hawaiʻi and Hurricane Juliette which is weakening in the Eastern North Pacific.

Akoni is moving toward the west near 7 mph and has maximum sustained winds near 45 mph.

Juliette is Weakening in the Eastern North Pacific

Meantime, in the Eastern North Pacific, Hurricane Juliette is on a weakening trend.

At 2 p.m. PDT, the center of Juliette was located about 710 miles west of the Southern Tip of Baja California (near latitude 21.3 North, longitude 120.9 West).

Juliette is moving toward the NW near 12 mph and has maximum sustained winds near 85 mph.

According to the latest CPHC Forecast Discussion, increasing southwesterly shear over the next 72 hours will result in the “further demise” of Juliette which is forecast to become a tropical storm on Friday and a “Post-Tropical” system by Day 3. 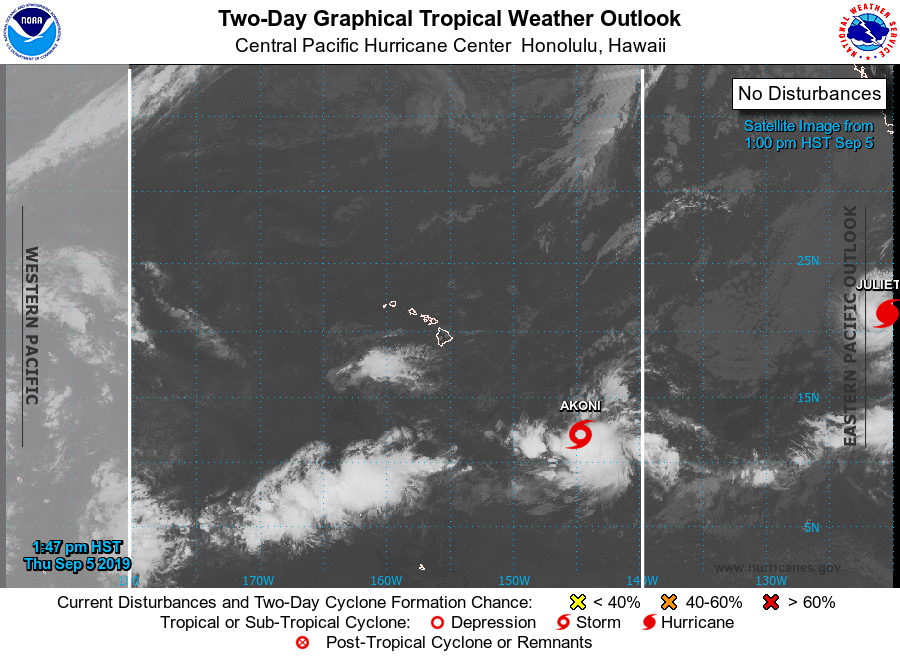