The family of Khiara Henry, the visiting San Diego woman who was last seen eight weeks ago, announced via social media that they needed to return home for now even though the case is not resolved.

Henry, 23, was last spotted on surveillance footage from the Hertz Rental car facility at Kahului Airport on July 21. Her rental vehicle was spotted at Wainʻāpanapa State Park on July 23 however Khiara was nowhere to be found.

Khiara’s parents and older sister arrived on Maui last month after discovering she was missing. The following message was posted on the “Find Khiara Henry” Facebook page by her parents, Kevin and Monica Henry, today at about 11 a.m:

“To the community of Maui,

It’s now been 59 days since Khiara was last seen. Sadly we still don’t have any substantial information about her whereabouts. It’s been gut wrenching not knowing where our daughter is, or what may have happened to her.

We leave your beautiful island today with our heads hung very low. After two months of searching, we need to handle things at home, and regroup so we can plan our next steps. We will be back to search for Khiara again.

We want to thank everyone for their continued support. We want thank Maui Police Department, Kimberlyn Scott, Sarah Haynes & MSAR (Maui Search and Rescue)  for their commitment and long term dedication towards finding Khiara. We also want to thank so many others who have helped – STAT, the helicopter pilots, jet ski searchers, search dog owners, the volunteer hikers, divers and rappellers, those who have hung fliers, covered her in the press, and shared her on social media. We also want to thank those who have called with tips and information, the search is ongoing and we continue to investigate leads. And thank you to all who have made donations, which will assist in what is now moving into a long term search.

HERE’S WHAT WE KNOW:

Khiara Henry was last seen on surveillance video on July 21st at 2 p.m., departing Hertz Rent-a-Car alone, where she rented a car for just one night. It appears her intended destination was Waiʻānapanapa State Park, a place she had visited two days earlier on a tour, and reportedly loved.

The car’s mileage indicates it was driven from the rental car agency to the park. While it could have stopped along the Hāna Highway path, mileage shows it did not veer from the route.

The same day Khiara rented the car, she attempted to make a hotel reservation in Kīhei starting the next day, from July 22-29, and she also booked a flight home on July 29. By all accounts it appears she planned on being in Hāna for just one night, returning to Kīhei the next day, and then flying back to her home in San Diego.

We have not been able to find a hotel or camping reservation in Hāna for that night, although it is possible she planned to find one when she arrived, or maybe she planned to sleep in her car. Khiara’s phone was last used on WiFi at 11:04 a.m. the day she disappeared.

Park officials tell us her car was noticed on 7/23, and it was officially called in as abandoned on 7/25. It was towed back to the rental agency on 7/26.

Inside it, Hertz found her luggage, including her ID and her only credit card which were stored in the car’s center console. Khiara’s credit card had been used almost daily since her trip began, both as a credit card and as an ATM which she used to take out small amounts of cash every few days. Her small black backpack, car key & iPhone have not been found. Her cell goes straight to voicemail and has not been used since the morning of her disappearance. Her bank account remains untouched.

Please, if you know ANYTHING about Khiara’s disappearance, PLEASE call the Maui Police Department or the family hotline at 808-757-5102. There is a $10,000 reward for information leading to Khiara’s safe return, and/or the arrest and conviction of any person(s) responsible for her disappearance.

We are not giving up. We will be back as soon as we regroup and figure out how to best navigate this heartbreaking situation. 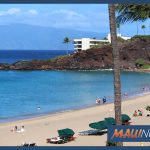 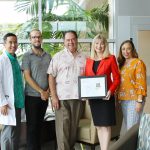