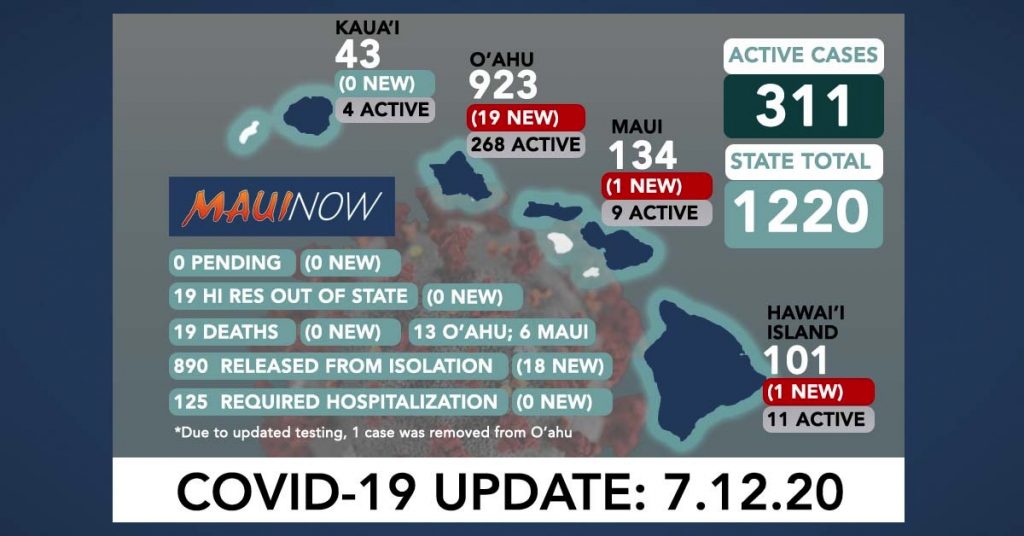 There are 21 new COVID-19 cases reported for Hawaiʻi today, including–19 new cases on the island of Oʻahu, and one each on Maui and Hawaiʻi Island.  This brings the statewide count to 1,220 cases in Hawaiʻi over the course of the pandemic.

The state Department of Health reports that as a result of updated information, one case from Honolulu was removed from the counts.

The Hawaiʻi State Department of Health reports that there were 890 individuals released from isolation; and 125 cases (10%) that have required hospitalization. A total of 1,115 patients (91%) were residents.