Mayor Interview: What to do About “Knuckleheads”, New Rules on Maui Take Effect Today

Pull Back on Previously Relaxed Rules

“It hurts me to have to pull back after allowing people more freedom, more opportunities, and giving them some semblance of the old norm,” said Maui Mayor Michael Victorino during a morning interview on KPOA 93.5 FM with Shane Kahalehau.

His comments come as new rules go into effect in Maui County today that limit indoor and outdoor social gatherings to no more than 10 people, and prohibit the use of large structures that may attract gatherings, such as tents and pavilions at parks and beaches.

This also comes as the state reported a triple-digit increase in COVID-19 cases for the second-straight day on Thursday, including four additional new cases for Maui County.

“I know this hurts a number of groups, and I’m having calls and people are really anxious because they had parties and other things planned.  My response to them has been very simple–don’t do it.  We’re at an all-time high in the state and Maui is having its second worst month on record.  To date we have 42 new cases.  We didn’t have 42 cases when you add March, May and June together–we only had 32 cases. Does that not tell all of us something is wrong,” said Mayor Victorino.

“Those who have worked hard, I thank them all the time.  Those responsible citizens, those responsible residents and visitors who have come to these islands and who live here and have really abided by the quarantine and rules and policies and guidance that we put forth–whether businesses or just everyday people–I say mahalo to you,” said Mayor Victorino.

“It’s the knuckleheads that are driving you and I crazy because they’re just going out there… and have total disregard.  They’re not wearing masks, they have no physical distancing, they don’t care about hygiene.  They’re doing everything counter to–what we believe… in fact, I take that back–has been proven, that works,” said Mayor Victorino.

“We saw that in April when we had that 90 cases.  We worked our tails off–stayed at home, did all of the social distancing and wearing of face masks.  We did everything.  And then the numbers dropped to four and three the next consecutive months.  Four and three cases in two consecutive months.  And then we hit July and people just forgot.  They got nonchalant and they got complacent,” said Mayor Victorino.

“And we jumped up to 42 and we still have today and tomorrow to report,” for the month he said, noting that the daily tallies represent results from tests taken the day before.

“It is a big disappointment because so many of you have worked so hard. The other thing that I’ve been hearing and have been watching on social media and some of the intel I’ve been getting is that there are those that are getting upset and now want to take forceful action against those who are being knuckleheads–and that’s the last thing I want to see is civil disobedience.  Yes, I ask you to tell your neighbor, your friends, anyone you see that’s breaking the rules to please comply with the rules,” said Mayor Victorino.

“If they get smart with you, or if they get sassy with you, please don’t react.  I know it’s not easy… It’s really difficult to bite your tongue, but get law enforcement or others to try to get it taken care of. It’s better than trying to do it yourself and then getting into a confrontation,” he said.

On the topic of his new rules that take effect today, Mayor Victorino said, “I only went with social gatherings like parties and beach gatherings–things of that nature.  I’ve stayed away from businesses because many of them are really trying hard to comply with the physical distancing, the barriers, the face masks.”

“I’ve really been amazed and pleasantly surprised how well they’ve done.  So I don’t want to hurt them in any way or any more; however, if they don’t comply then we have the right, and it’s in the new rules that we can shut you down,” said Mayor Victorino, noting he does not want to get to that point.  “Our businesses do not need to be penalized any further.  I’m just trying to balance this all out.”

“We need to reopen our schools and now you’ve seen they’ve put it off for two weeks… I don’t want to stop travel between the islands, but I’ve recommended it and I’m beginning to get some support from other mayors.  That may happen.  I don’t want to do that either, but look at the cases they’re having on Oʻahu–triple digits.  And we never, even during the height of the pandemic in April and May, had triple digit days,” said Mayor Victorino.

“If we don’t take the appropriate action now, it could get out of hand and we could be a California (in a smaller degree) but we could be overwhelming our medical facilities, our medical personnel and all aspects of our emergency services,” said Mayor Victorino.

“It is frustrating on the part of myself, my team who has worked real hard–the public at large, all the agencies out there, the medical, nonprofits, businesses–all fo those who have put a real concerted effort to protect the people of Maui County… and then this happens.  Now we’ve got to pull back, which hurts everybody,” said Mayor Victorino.

Drum Circle: Outdoor Activities without Distancing and Masking Are Cause for Concern

Mayor Victorino noted that the revised rules do not affect religious services, “But I get those–again, those knuckleheads–that claim that their ring dance… their drum ring is religious.  No. Absolutely not.  But I can tell you also, they’re not wearing masks.  That’s part of the policy… so don’t give me this one and say I can do this because it’s outdoors.  Even outdoors, even though we know it doesn’t spread as quickly as indoors, still if you have no physical distancing and you’re not wearing masks… look at the cases we’ve had,” said Mayor Victorino.

“And many of them go back to those events over the last couple of weekends–the yoga class and what have you.  The evidence is there. What else do I have to say,” said Mayor Victorino.

“At the rate we’re going, we need to make sure we have as many safeguards in place as possible,” said Mayor Victorino. “To the people of Maui County, we’ve done it before, we can do it again.  We are resilient.  We are one group of people that have learned that we depend on each other.  This is no time to lose sight of that.

“And I don’t want people to get upset at each other.  I want people to work together… I would like to ask everyone, this is the time not to be criticizing and putting somebody else down; but please, help them understand (and) educate them the best you can,” said Mayor Victorino.

“I’ll say this–our police and our law enforcement have been instructed… enough education, now we’re going to start citing and arresting… We cannot just keep going at this rate. We’ve got to change the course,” said Mayor Victorino.

Scroll Down to Read 75 Comments 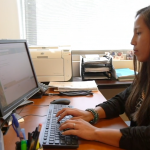 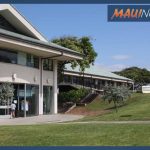 ARTICLE COMMENTS ( 75 )
This comments section is a public community forum for the purpose of free expression. Although Maui Now encourages respectful communication only, some content may be considered offensive. Please view at your own discretion.
I Understand, Show Comments