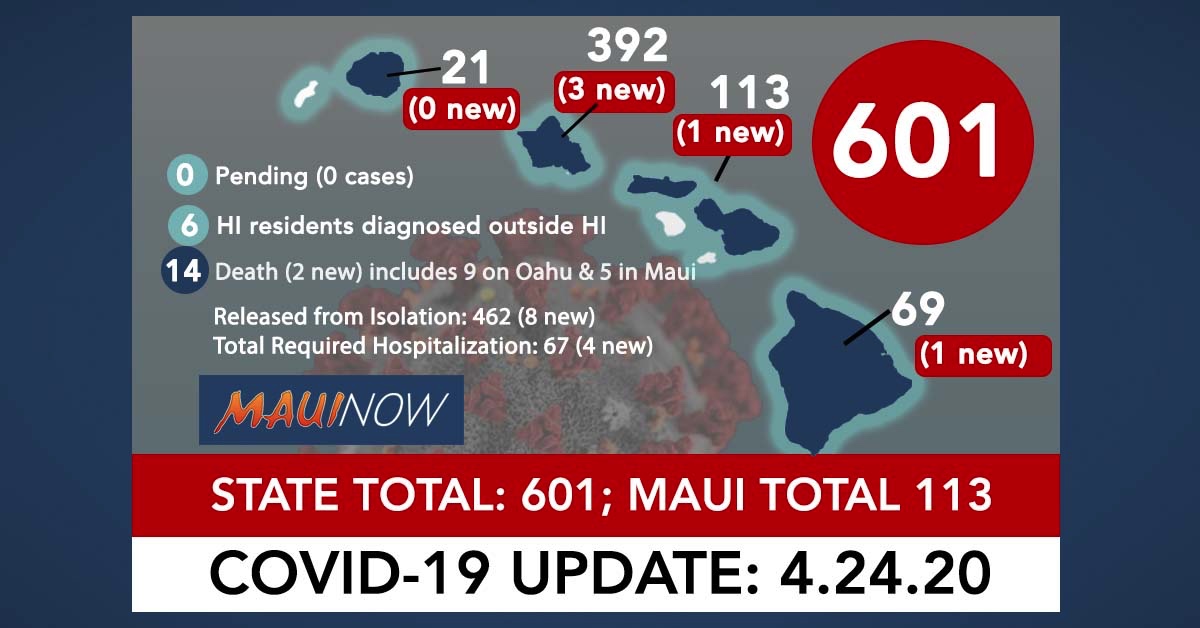 Hawaiʻi recorded its 13th and 14th COVID-19 linked deaths today.  Both were O‘ahu men who were over the age of 65 and had underlying health conditions.  One individual had been hospitalized since the beginning of April and had a travel history to Las Vegas in March.  Health officials say the infection in the other individual was the result of community-associated spread.

The Hawaiʻi State Department of Health reports that there were 462 individuals released from isolation; and 67 cases that have required hospitalization.

Maui County has one new case for a total of 113 confirmed positive. Of the 113 cases in Maui County, at least 65 have been released from isolation, and 12 have required hospitalization. 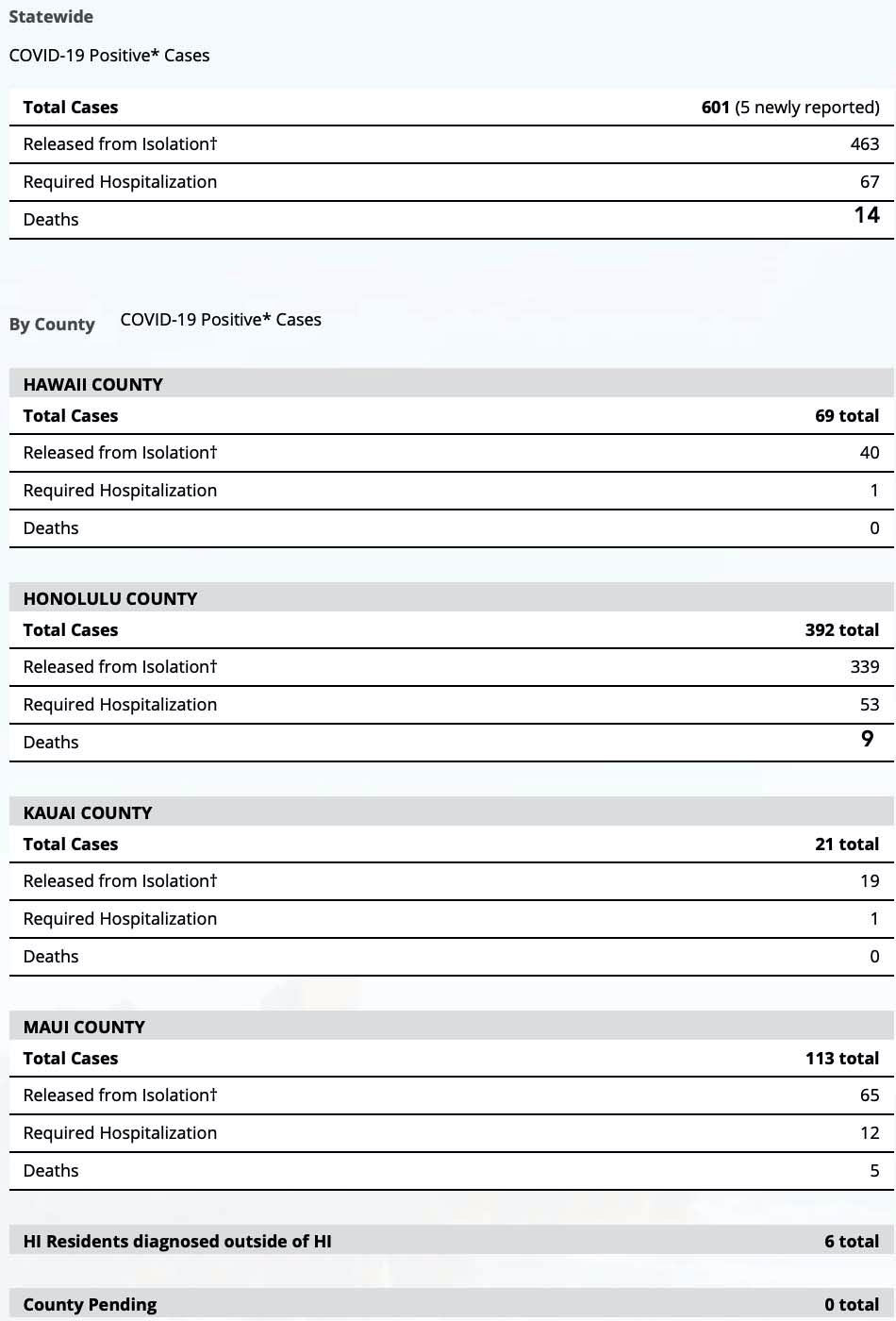