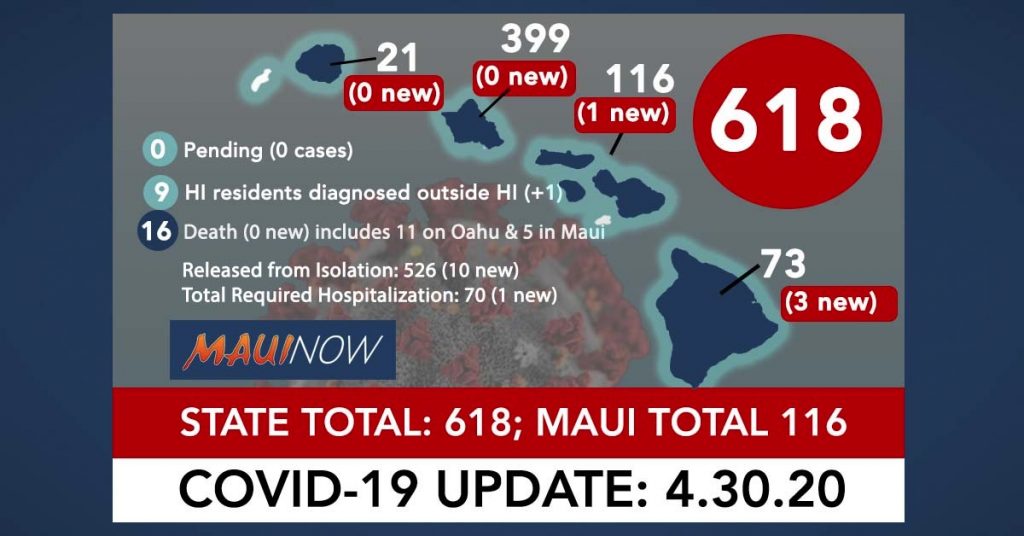 As of noon on Thursday, April 30, 2020, there are 618 cases of COVID-19 identified in Hawaiʻi with 3 new cases on Hawaiʻi Island, one new case on Maui, and one additional case in a Hawaiʻi resident who was diagnosed outside of Hawaiʻi.

To date, 526 people have recovered including 84 in Maui County.

The Hawaiʻi State Department of Health reports that there were 526 individuals released from isolation; and 70 cases that have required hospitalization.

Maui County’s count increased by one to 116 confirmed positive. Of the 116 cases in Maui County, at least 84 have been released from isolation, and 14 have required hospitalization.

On Wednesday, April 29, Mayor Victorino identified a short list parks, golf courses and local businesses that quality for limited opening under the first phase of a reopening plan set to start on May 1, 2020.

On Tuesday, April 28, officials confirmed that an elderly Lānaʻi woman contracted COVID-19 while she was hospitalized at the Maui Memorial Medical Center.  The woman initially tested negative for COVID-19, but a recent test came back positive.  She will remain on Maui until she is healthy enough to return home to Lānaʻi and she no longer poses a risk of transmitting the virus to others.

Maui Health on Monday, April 27, confirmed that a Maui Medical Group hospitalist who provides care to patients at Maui Memorial Medical Center has tested positive for COVID-19.  The provider was tested for COVID-19 two weeks prior by Maui Medical Group, was asymptomatic, and the results were negative. Last week, the provider became symptomatic and then self-quarantined at home.  On Friday April 24, a repeat test was performed and on Sunday April 26, the results returned positive for COVID-19. 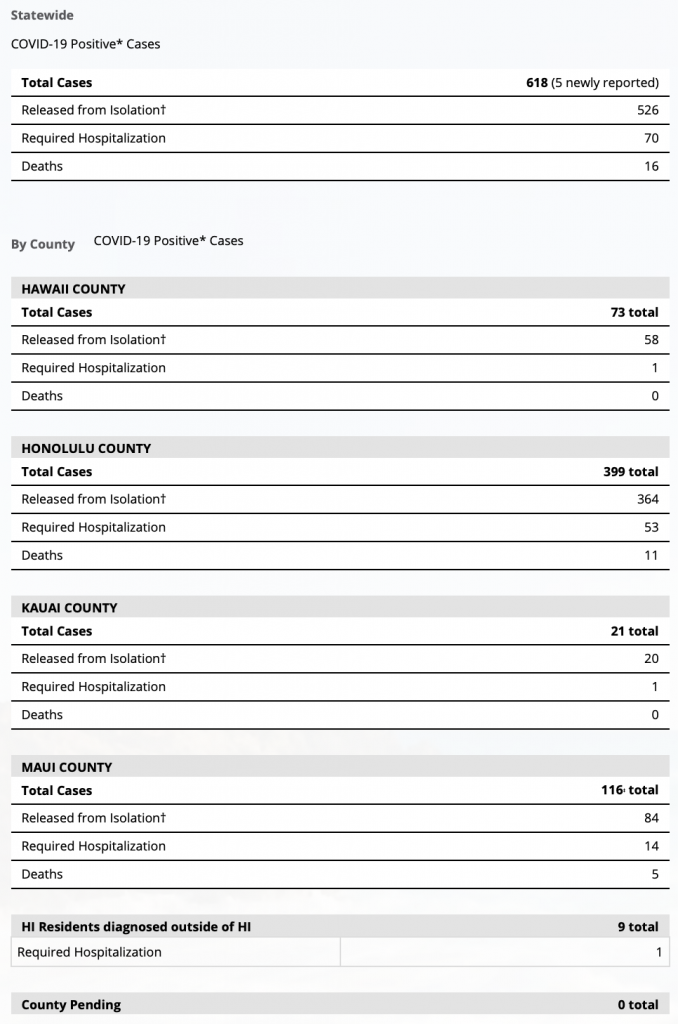