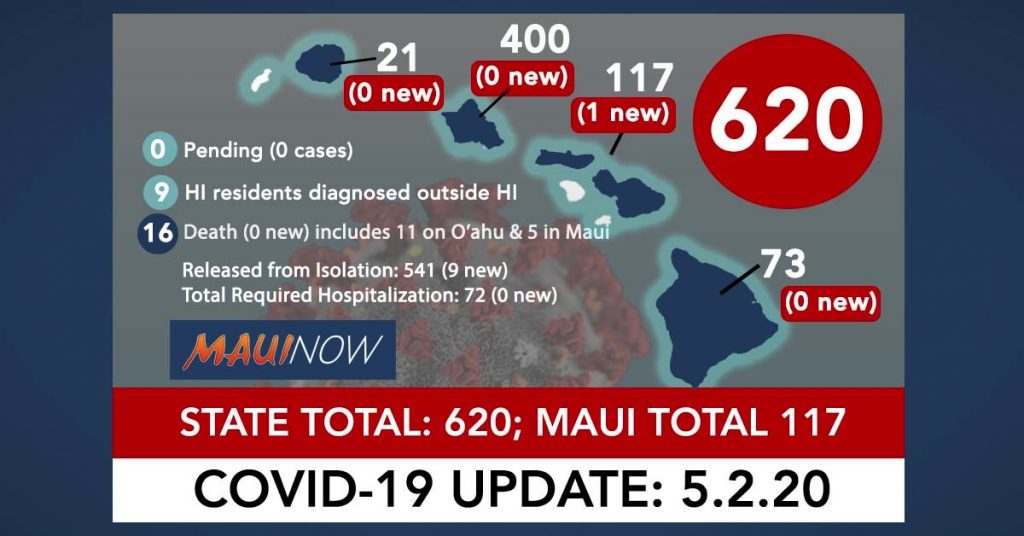 To date, 541 people have recovered including 87 in Maui County.

The Hawaiʻi State Department of Health reports that there were 541 individuals released from isolation; and 72 cases that have required hospitalization.

Maui County’s count increased by one case to 117 confirmed positive. Of the 117 cases in Maui County, at least 87 have been released from isolation, and 16 have required hospitalization. 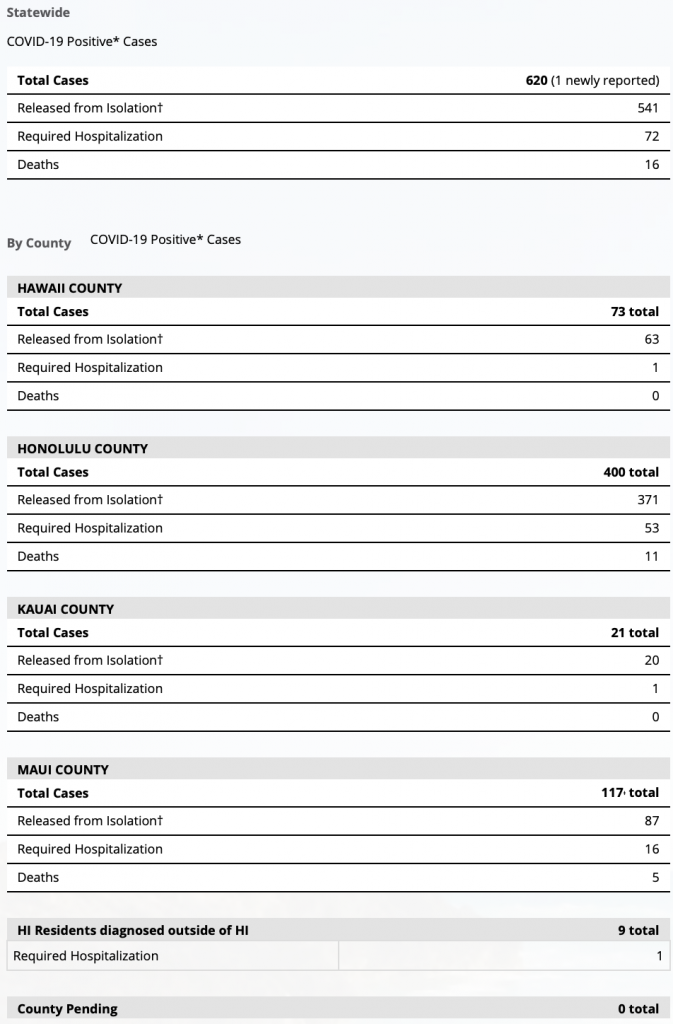