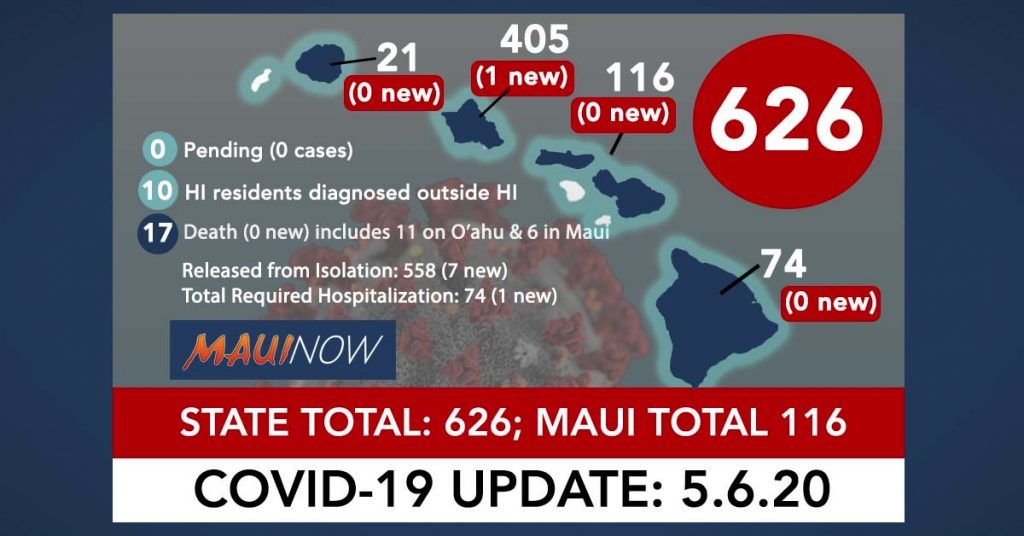 To date, 558 people have recovered including 93 in Maui County.

The Hawaiʻi State Department of Health reports that there were 558 individuals released from isolation; and 74 cases that have required hospitalization.

Maui County’s count remain unchanged from yesterday. Of the 116 cases in Maui County, at least 93 have been released from isolation, and 17 have required hospitalization.

At Maui Memorial Medical Center, state Health officials say at least 38 staff and 21 patients are under investigation as potentially associated with the cluster.  Maui Health says their count differs and places it at 48 as of Tuesday (May 5, 2020), including 39 staff and 7 patients.  To date, Maui Health says 24 staff/providers have recovered.

On Tuesday, May 5, Governor David Ige unveiled details of his 7th Supplemental Proclamation, that allows for the next phase includes the reopening to include: non-food agriculture such as landscaping, floral and ornamental; astronomical observatories and support facilities; car washes; and pet grooming services. Businesses outlined in the proclamation may reopen under guidelines as of Thursday, May 7 at 12:01 a.m. Retail businesses including apparel and electronics; certain shopping malls; and wholesale and warehousing operations are also on the governor’s list, but the document notes that retail and most repair will NOT re-open in Maui County. 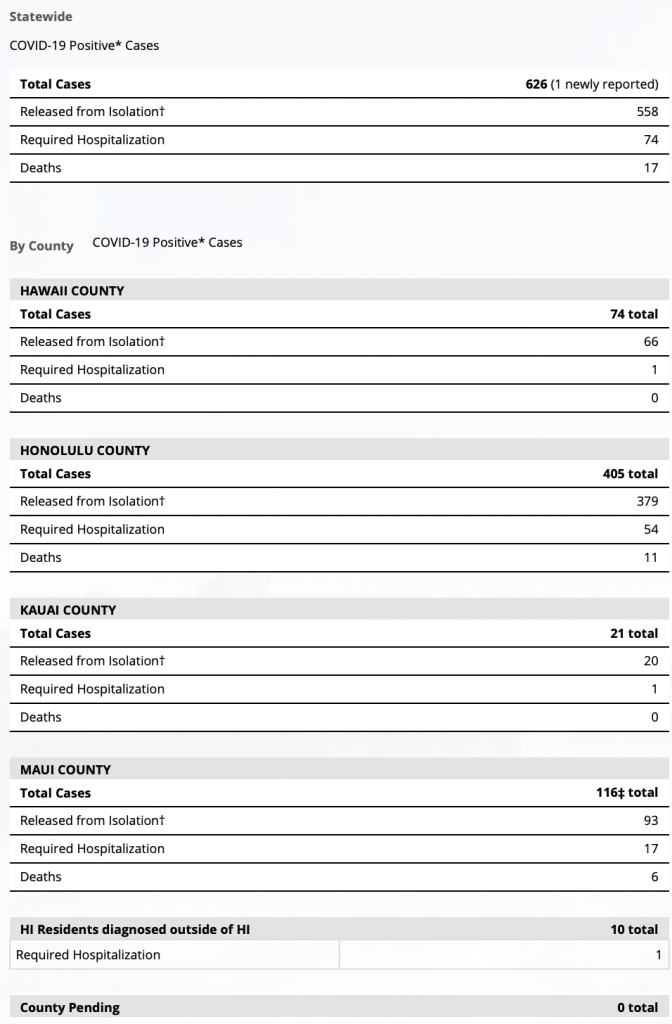