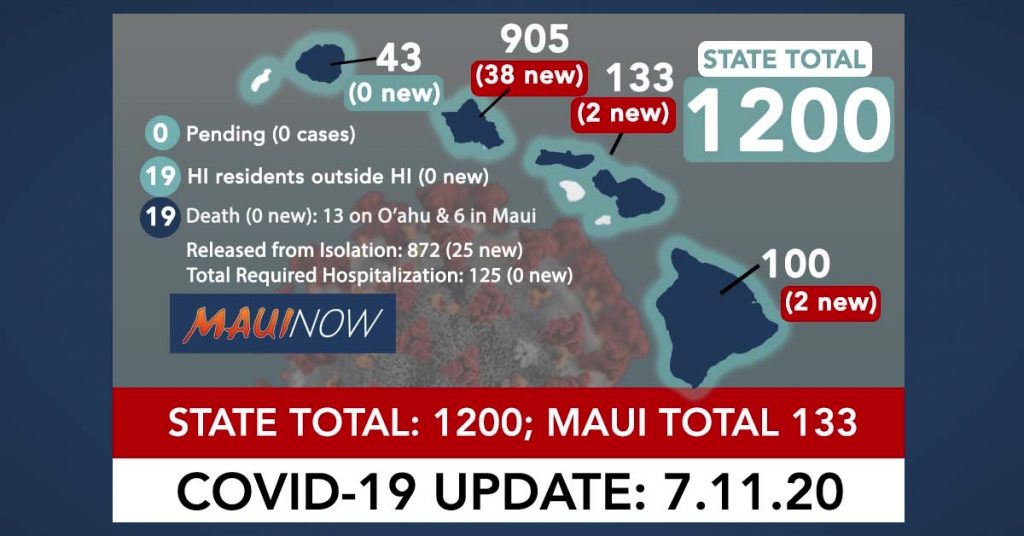 There are 42 new COVID-19 cases reported for Hawaiʻi today, including–38 new cases on the island of Oʻahu, and two each on Maui and Hawaiʻi Island.  This brings the statewide count to 1,200 cases in Hawaiʻi over the course of the pandemic.

The Hawaiʻi State Department of Health reports that there were 872 individuals released from isolation; and 125 cases (10%) that have required hospitalization. A total of 1,097 patients (91%) were residents.

Scroll Down to Read 43 Comments 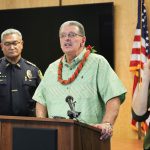 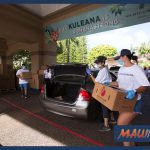 ARTICLE COMMENTS ( 43 )
This comments section is a public community forum for the purpose of free expression. Although Maui Now encourages respectful communication only, some content may be considered offensive. Please view at your own discretion.
I Understand, Show Comments