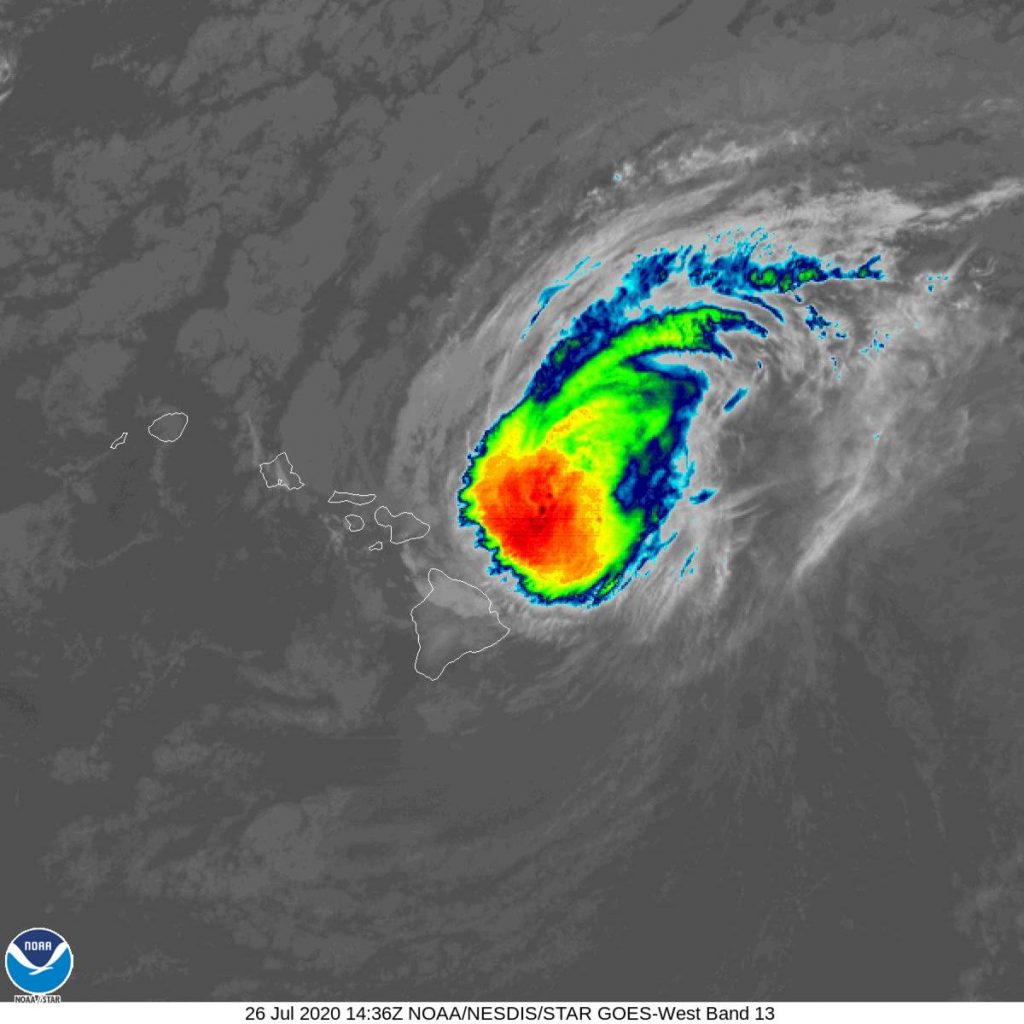 A Hurricane Warning has been issued for Kauai as part of the latest Douglas forecast update issued by the Central Pacific Hurricane Center. Kauai joins Oahu as two locations in the state that are now under Hurricane Warning status.

The system has maintained the same intensity and strength with 90 mph sustained winds and remains a Category 1 hurricane. Current movement is toward the WNW at 16 mph.  Douglas is about 190 miles E of Kahului, Maui and 285 miles E of Honolulu.

Maui County remains under a Tropical Storm Warning and Hurricane Watch.  Forecasters say the latest models takes the system very close to the islands, skirting the islands on its path up the island chain, with potential impacts overnight into tomorrow for Maui.

At 2 a.m., the center of Hurricane Douglas was located by Hurricane Hunter aircraft near latitude 20.5 North, longitude 153.6 West. Douglas is moving toward the west-northwest near 16 mph, and this general motion is expected to continue for the next couple of days. On the forecast track, Douglas will pass dangerously close to the main Hawaiian Islands later today.

Maximum sustained winds are near 90 mph with higher gusts. Some slow weakening is forecast during the next 48 hours, but Douglas is expected to remain near hurricane intensity as it passes near, or over, the islands.