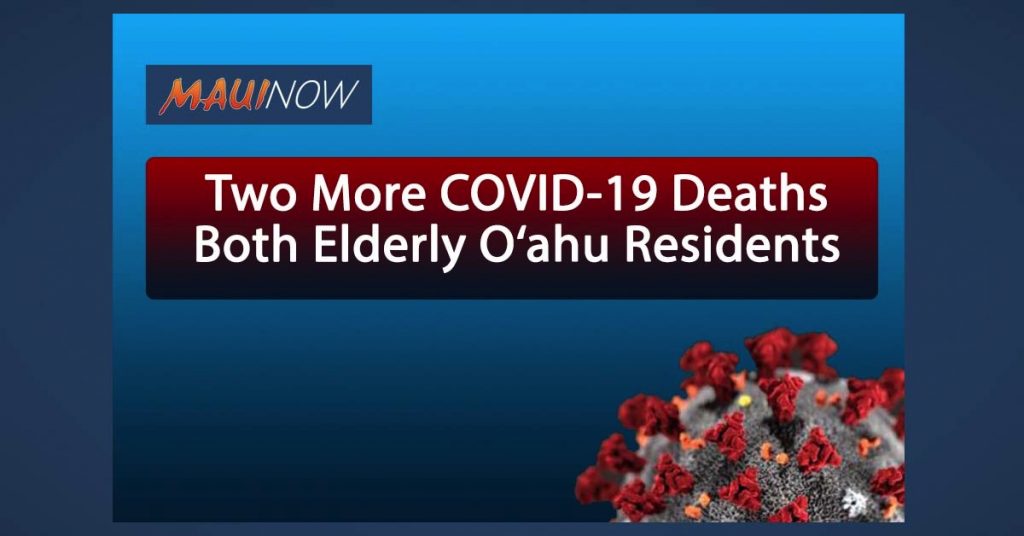 Two O‘ahu residents are the 28th and 29th casualties of COVID-19 in Hawai‘i.  The cases include:

State Epidemiologist Dr. Sarah Park said, “The passing of this man really demonstrates how rapidly and invisibly COVID-19 is spreading through our communities, particularly on O‘ahu and particularly associated with clusters. A close contact of this individual attended a spin class at a gym taught by a person linked to the Hawaiian Airlines cluster.”

Health Director Dr. Bruce Anderson in expressing heartfelt condolences to both the man and woman’s families and friends said, “This is why taking personal responsibility is so critical as we continue to see this rise in COVID-19 cases. If you’re sick, stay home. If you’re around other people, wear your mask and practice physical distancing. These are proven methods to help prevent the spread of coronavirus.”