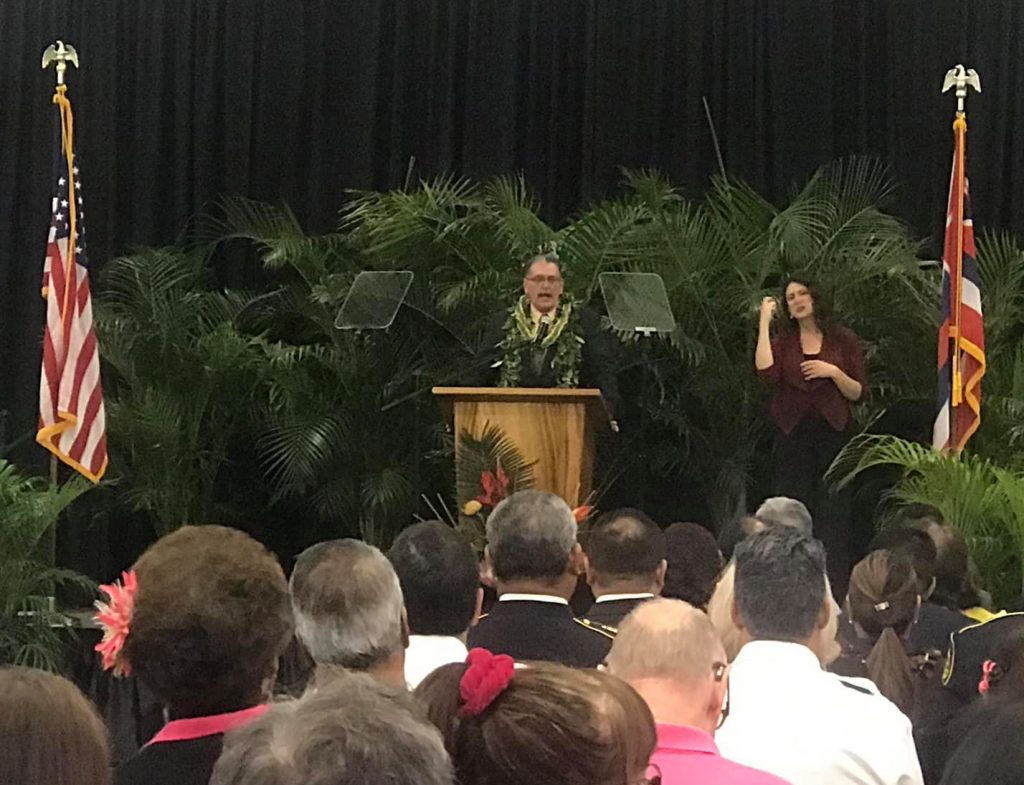 Maui Mayor Michael Victorino delivered his 2020 State of the County Address on Tuesday night at the South Maui Community Park Gymnasium.  During a 40 minute address, the mayor highlighted accomplishments of his first year in office and present his key goals and initiatives for the year 2020.

Ahead of the event, Mayor Victorino said attainable housing, upgrading roads and infrastructure and providing excellent county services are the hallmarks of his administration.

He started by lauding the completion of the 32,000 square feet, air conditioned gymnasium venue, which he said provides seating for up to 1,000 people and can withstand Category 3 hurricane force winds.  He said it’s what he had “envisioned as a council member years ago, and now it’s a reality.”

Mayor Victorino also celebrated the successes of the many athletic teams and individuals on Maui who returned to the islands with division and regional titles, capped off by a World Series win from Kurt Suzuki and the Washington Nationals.

The mayor also ran down a list of housing projects that will be completed this year–among them, the 81 unit Kahului Lani Catholic Charities senior housing project in Kahului (with 83 more units in the works); Phase II of the upcountry project at Kulamalu (also for seniors); and the Kaiwahine and Kenolio projects in South Maui.  He also praised Council Chair Alice Lee and Affordable Housing Chair Tasha Kama for addressing community needs in this respect.

Other highlights include the installation of self service kiosk for vehicle registration renewals; expanded hours for green waste at the Central Maui Landfill; and a vehicle disposal program that allows households to dispose of two vehicles per year in an effort to reduce the number of abandoned and derelict vehicles throughout the county.

Mayor Victorino also discussed an Aloha Pledge for visitors to better manage tourism. This is aimed at providing more visitor education about the ocean, hiking, road safety and cultural awareness.

The mayor also touted the administration’s ban on commercial ocean recreation activities on Sundays and holidays saying it’s a way for families–visitors and residents alike–to enjoy time together.

Also under his administration, fines for illegal vacation rentals increased to $20,000 for an initial fine plus $10,000 per day for each day the unlawful operation persists.

Looking forward, Mayor Victorino said the proposed purchase of Wailuku Water Company will be a top priority this year.  He highlighted the recent groundbreaking of the Wailuku Town Infrastructure Improvement project, noting it will serve the community for next 50 years and beyond.

Mayor Victorino concluded by urging the community to take care of kuleana by testifying, get counted, updating voter registration and being a good steward of the environment. “Talk story with your neighbor or give a friendly Shaka,” he said.   “We value courtesy. We respect one another.  We understand one another’s points of view,” he said.

He thanked the people of Maui County saying, “You have honored me by serving you.” 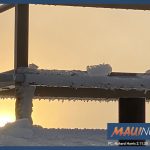 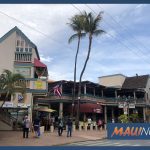