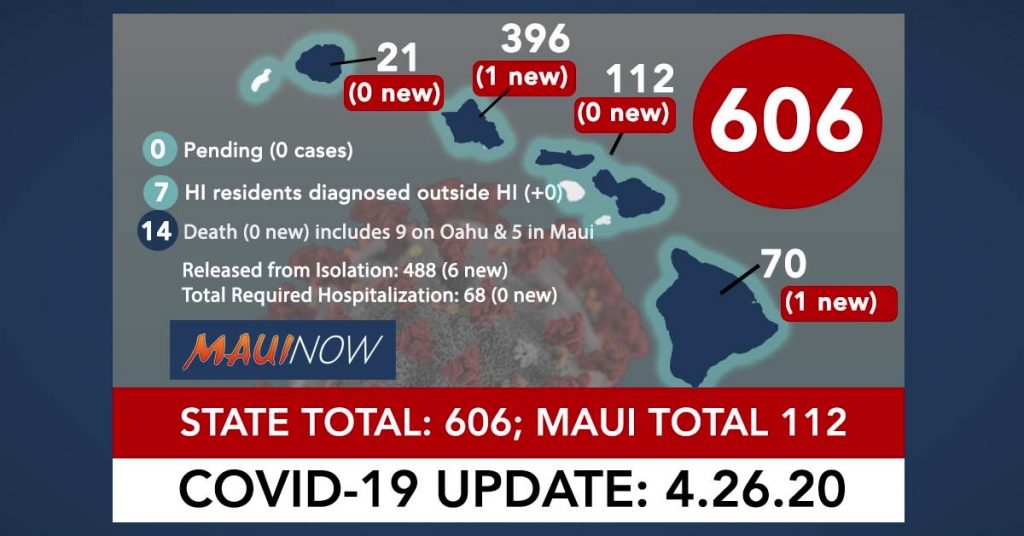 As of noon on Sunday, April 26, 2020, there are 606 cases of COVID-19 identified in Hawaiʻi with 2 new cases, including one additional case each on Oʻahu and Hawaiʻi Island.  Both new cases are minors below the age of 18.

The Hawaiʻi State Department of Health reports that there were 488 individuals released from isolation; and 68 cases that have required hospitalization.

Maui County’s count remains at 112 confirmed positive. Of the 112 cases in Maui County, at least 74 have been released from isolation, and 13 have required hospitalization.

UPDATE/CLARIFICATION ON MAUI’S REVISED NUMBERS on Saturday: As a result of updated information, a case previously included in Maui’s count was re-categorized to Honolulu. Positive cases include presumptive and confirmed cases, data are preliminary and subject to change; includes Hawaiʻi residents and non-residents. Note that CDC provides case counts according to states of residence.

Hawaiʻi recorded its 13th and 14th COVID-19 linked deaths on Friday.  Both were O‘ahu men who were over the age of 65 and had underlying health conditions.  One individual had been hospitalized since the beginning of April and had a travel history to Las Vegas in March.  Health officials say the infection in the other individual was the result of community-associated spread.

There is a COVID-19 cluster on Maui at the Maui Memorial Medical Center.  The state adjusted the Maui Hospital cluster count upward to 57 individuals under investigation on Saturday, including 37 staff and 20 patients. The DOH’s investigation at MMMC continues and DOH officials say “it appears the outbreak may have been driven by a single healthcare worker who was allowed to work while ill.” 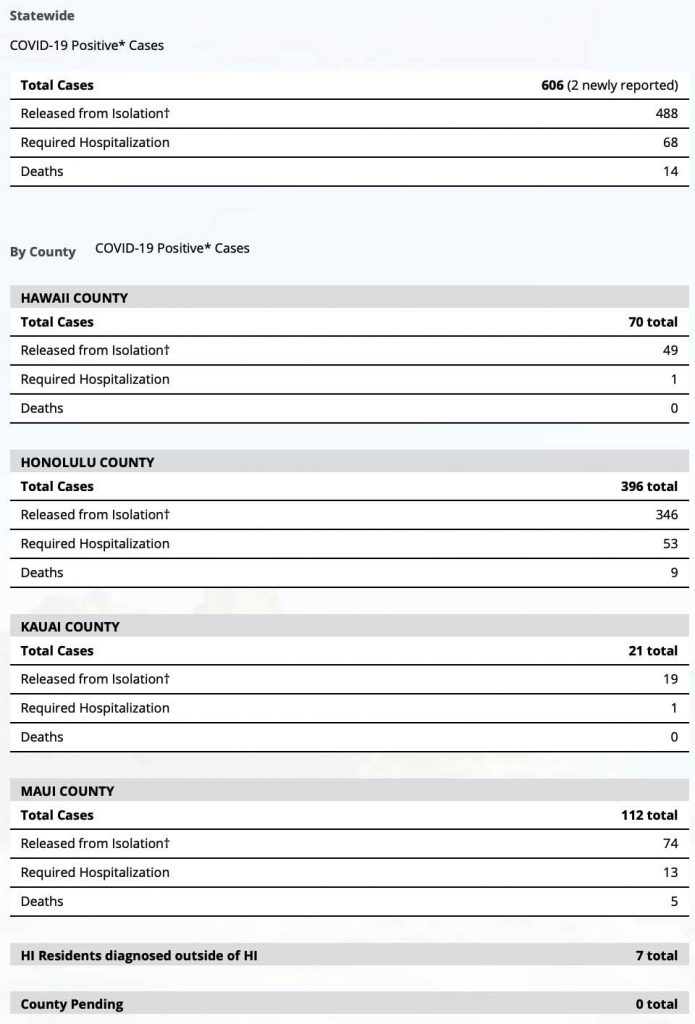