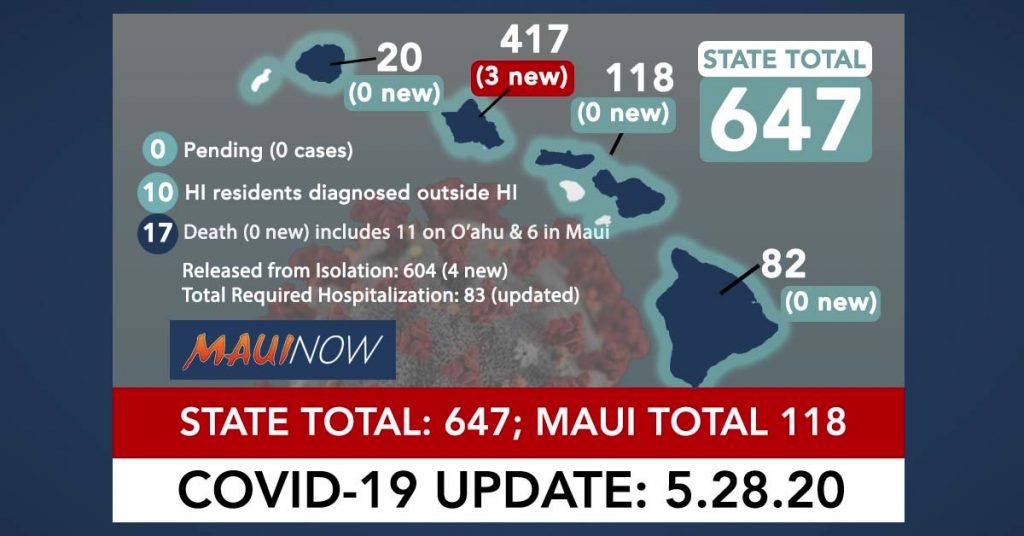 Hawaiʻi’s COVID-19 case count increased by three to 647, with all new cases reported today coming from the island of Oʻahu.

The Hawaiʻi State Department of Health reports that there were 604 individuals released from isolation; and 83 cases (13%) that have required hospitalization. A total of 586 patients (91%) were residents. 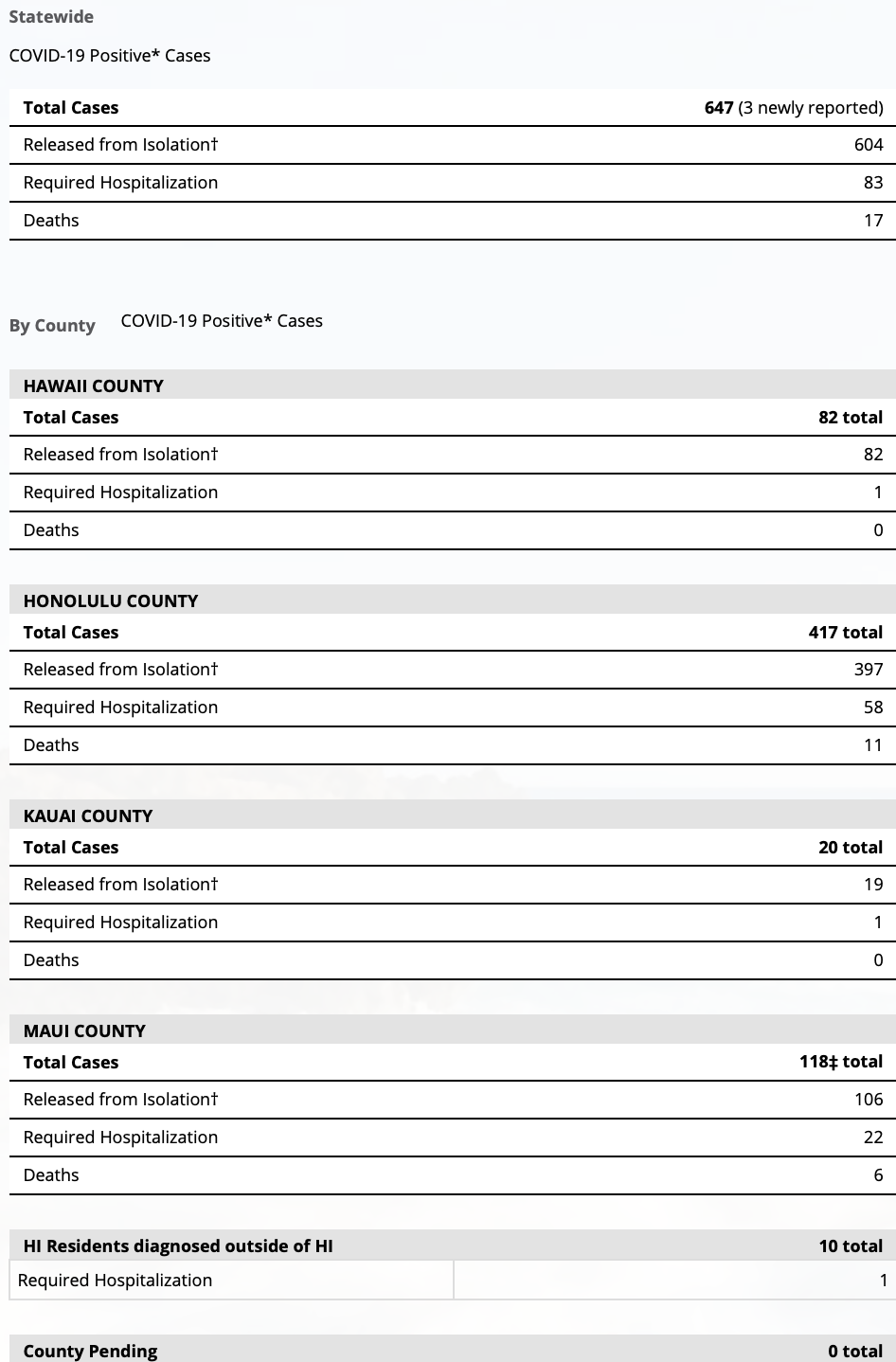