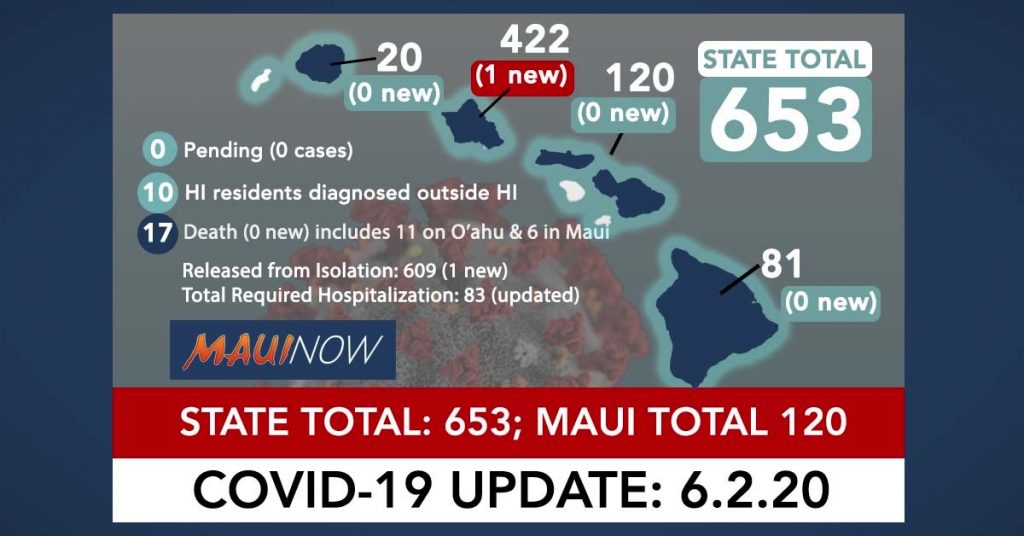 The Hawaiʻi State Department of Health reports that there were 609 individuals released from isolation; and 83 cases (13%) that have required hospitalization. A total of 592 patients (91%) were residents.

Maui County’s count remained unchanged from yesterday. Of the 120 cases in Maui County, at least 111 have been released from isolation, and 22 have required hospitalization. 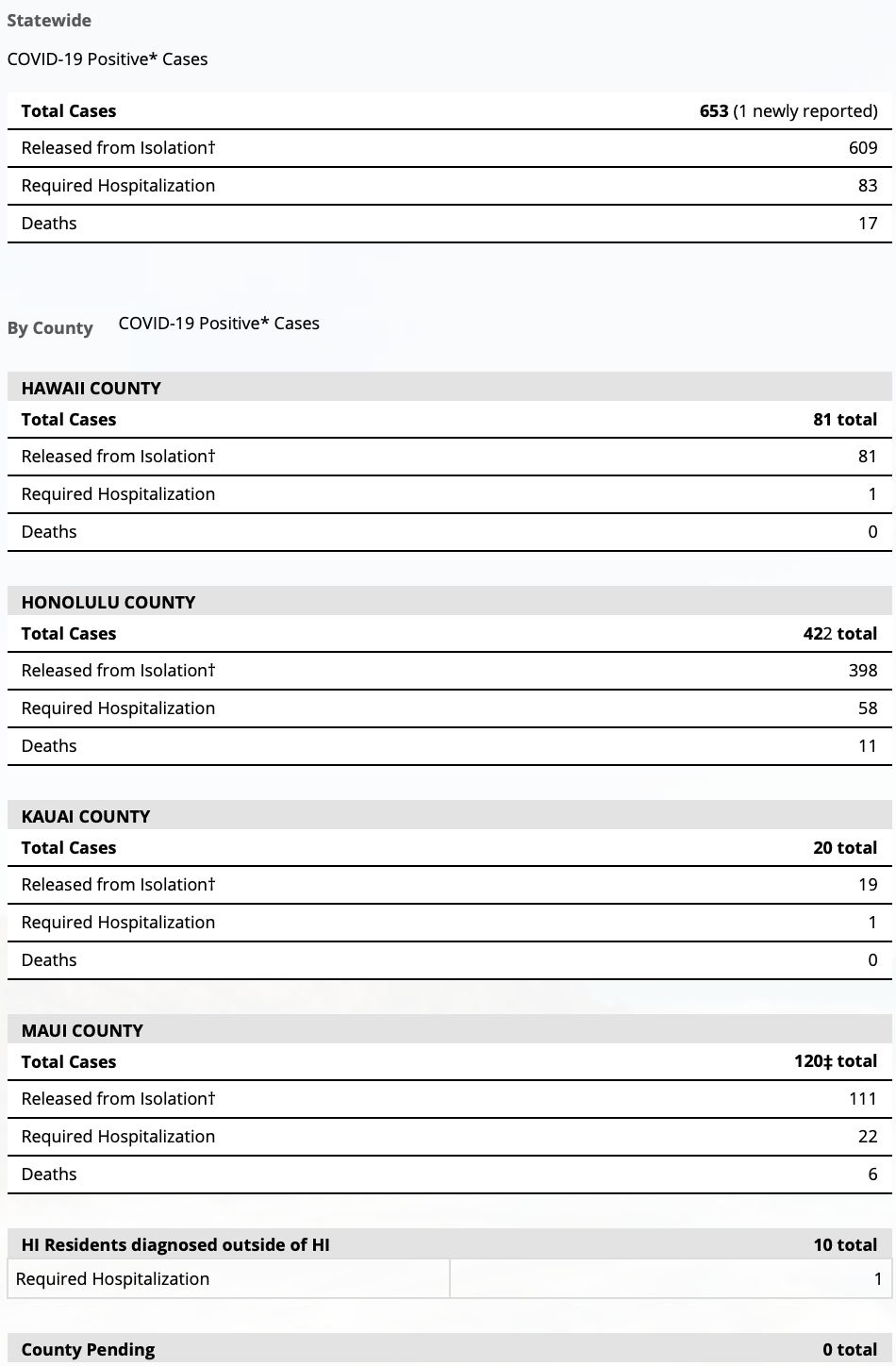