One New COVID-19 Case on Oah‘u, One Case Removed from Maui: Hawai‘i Total is 653 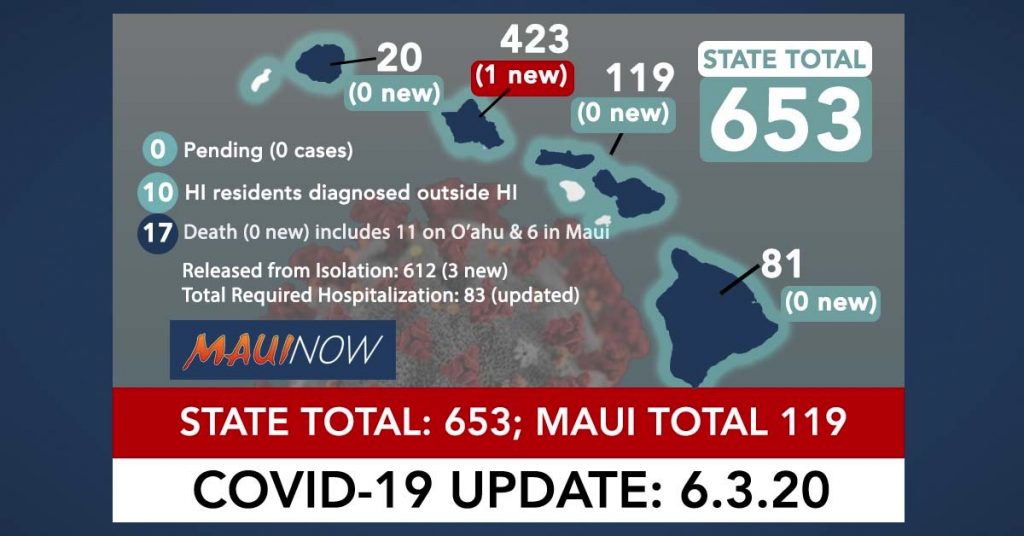 The new case today is a non-resident who traveled to O‘ahu and became ill while in self-quarantine. A previous Maui case was removed after re-testing with negative results.  Mayor Victorino notes that as of today, there remains just a single COVID-19 positive case at the Maui Memorial Medical Center.

The Hawaiʻi State Department of Health reports that there were 612 individuals released from isolation; and 83 cases (13%) that have required hospitalization. A total of 590 patients (91%) were residents.

Maui County’s count was revised downward from yesterday as a result of updated testing information. Of the 119 cases in Maui County, at least 111 have been released from isolation, and 22 have required hospitalization. 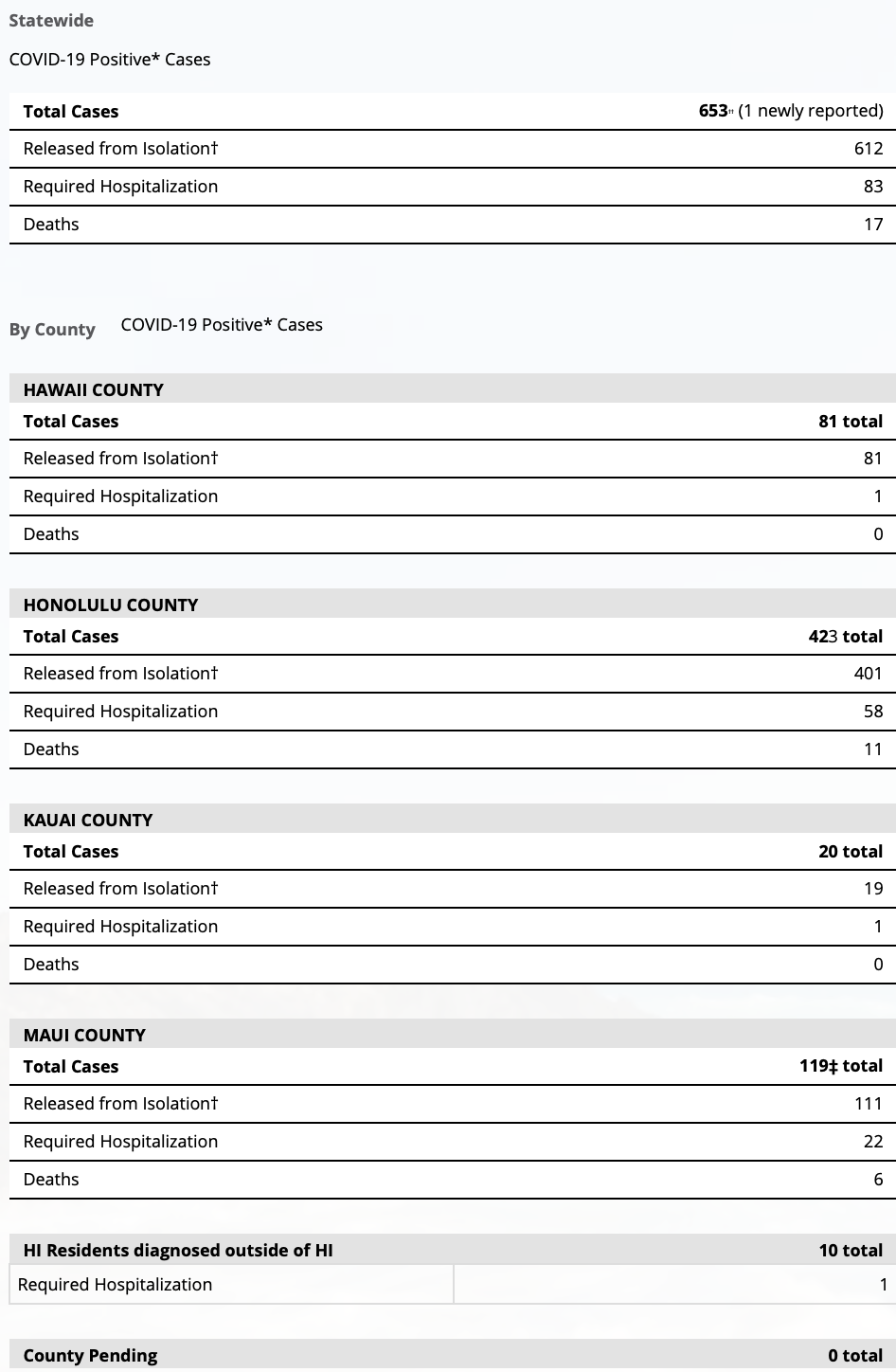 ††As a result of updated testing information, one case was removed from the counts.