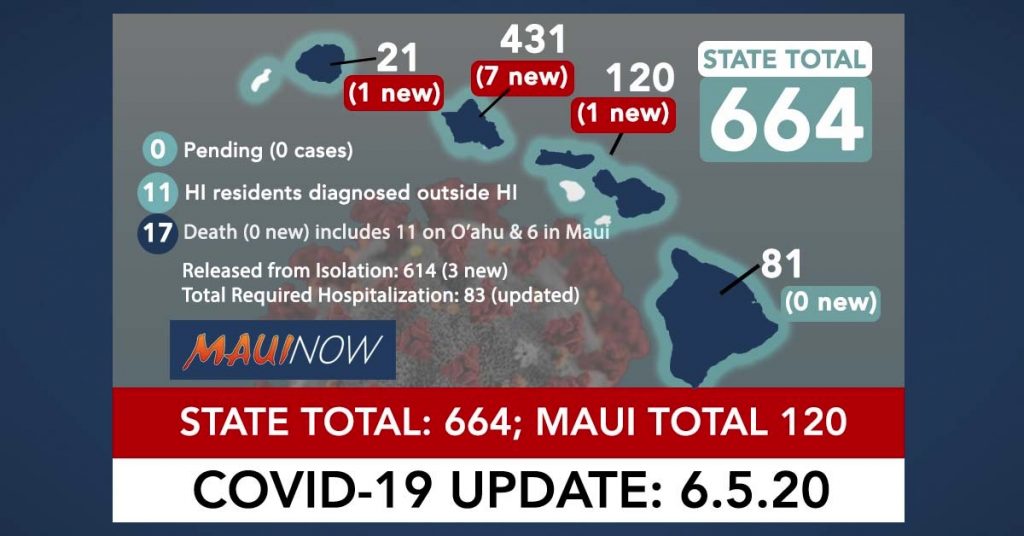 The state Department of Health is reporting nine additional COVID-19 cases today–including seven Oʻahu, one on Maui and one on Kauaʻi.  Three of the newly reported cases are actually older cases that were added (one each in Honolulu, Maui and Kauai) as a result of corrected discrepancies in laboratory reporting.  The updated count also reflects one older case that was removed from the Honolulu count.

The Hawaiʻi State Department of Health reports that there were 614 individuals released from isolation; and 83 cases (13%) that have required hospitalization. A total of 601 patients (91%) were residents.

Maui County’s count increased by one from yesterday. Of the 120 cases in Maui County, at least 112 have been released from isolation, and 22 have required hospitalization.  Mayor Victorino notes that as of Wednesday, there remained just a single COVID-19 positive case at the Maui Memorial Medical Center.  Based on the current numbers, there are two active cases in Maui County. 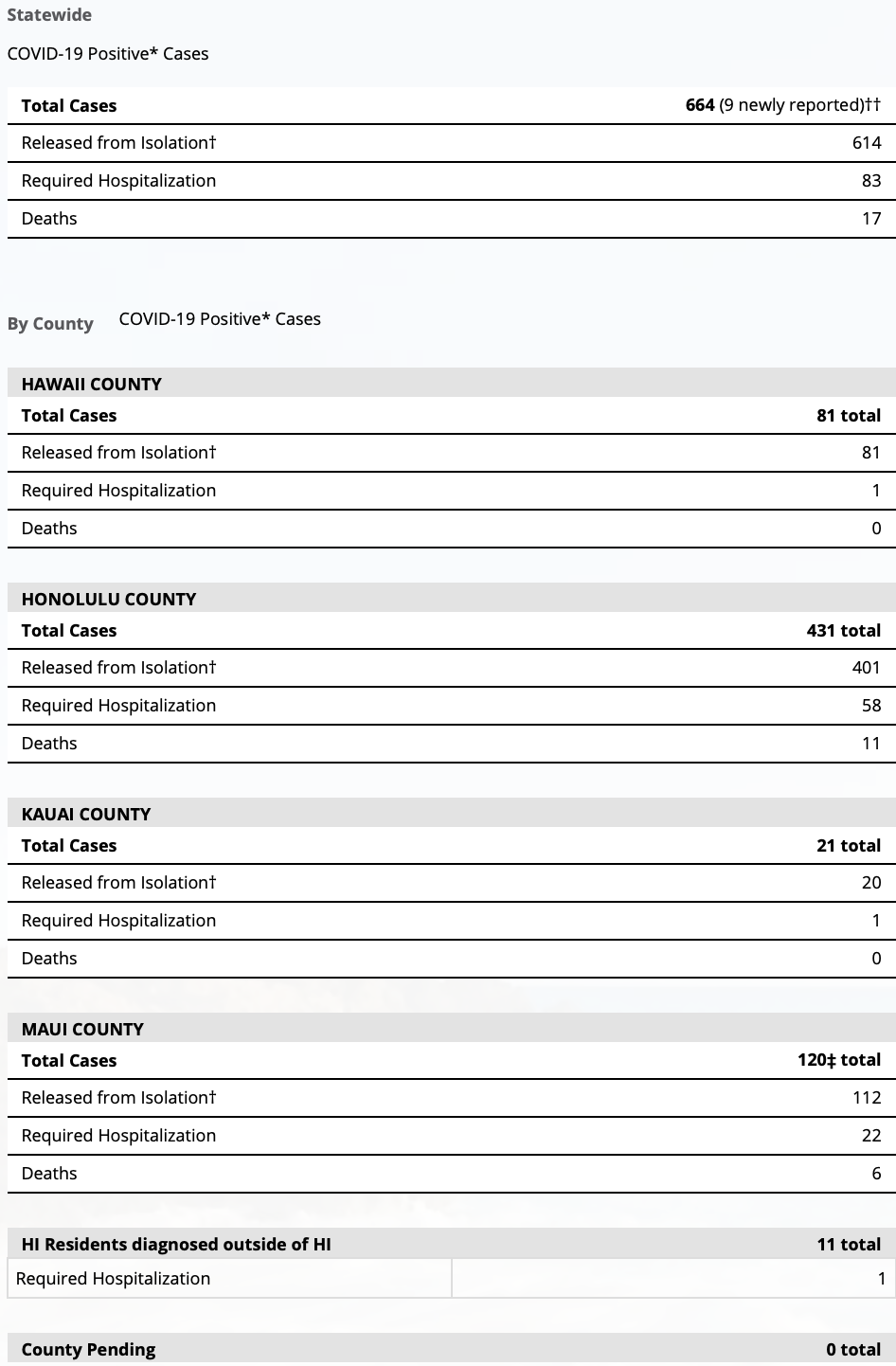 ††As a result of correcting discrepancies in laboratory reporting, 4 older cases were added (2 on Honolulu, 1 on Maui, and 1 on Kauaʻi), and 1 case was removed (Honolulu) from the counts.

Governor David Ige announced his approval of bars reopening on Oʻahu on June 19. Here on Maui, Mayor Victorino said he’s considering potential re-opening of bars on Maui next week, but said he still needs to work out details before making an announcement.  Any reopening date would also need the approval of the Governor before taking effect. Mayor Victorino said he’s also looking at how Maui County can allow organized sports while keeping participants safe. A decision on resumption on Maui has not yet been made.

The County of Maui announced that Commercial Ocean Recreation Activity permit holders that are allowed to operate at some of the county beach parks will still be prohibited from operating on Sundays and holidays in accordance with current county laws. On June 4, Managing Director Sandy Baz noted that there are some other steps that they must take in order to operate legally.  “The County of Maui is enabling CORA permit holders to start, but not yet.  If you are a CORA permit holder, you will be contacted by our parks department and you’re going to need to provide a valid certificate of insurance and work with some other issues with the parks department itself,” said Baz.