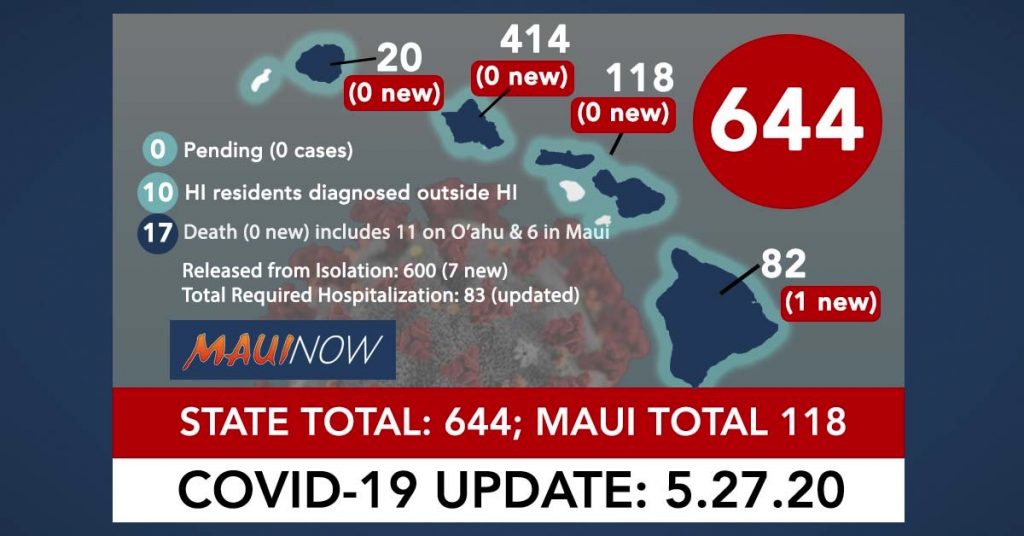 Hawaiʻi’s COVID-19 case count increased by one to 644, with a single new case reported on Hawaiʻi Island.

The Hawaiʻi State Department of Health reports that there were 600 individuals released from isolation; and 83 cases (13%) that have required hospitalization. A total of 582 patients (91%) were residents.

One COVID-19 patient remained at the Maui hospital as of Tuesday afternoon; and the hospital confirmed a new case involving an employee over the weekend. Hospital representatives say it’s too soon in the process to determine a source of the infection but have stated that the case is not related to the Maui Memorial Medical Center cluster of 52 individuals that was deemed closed on May 19. 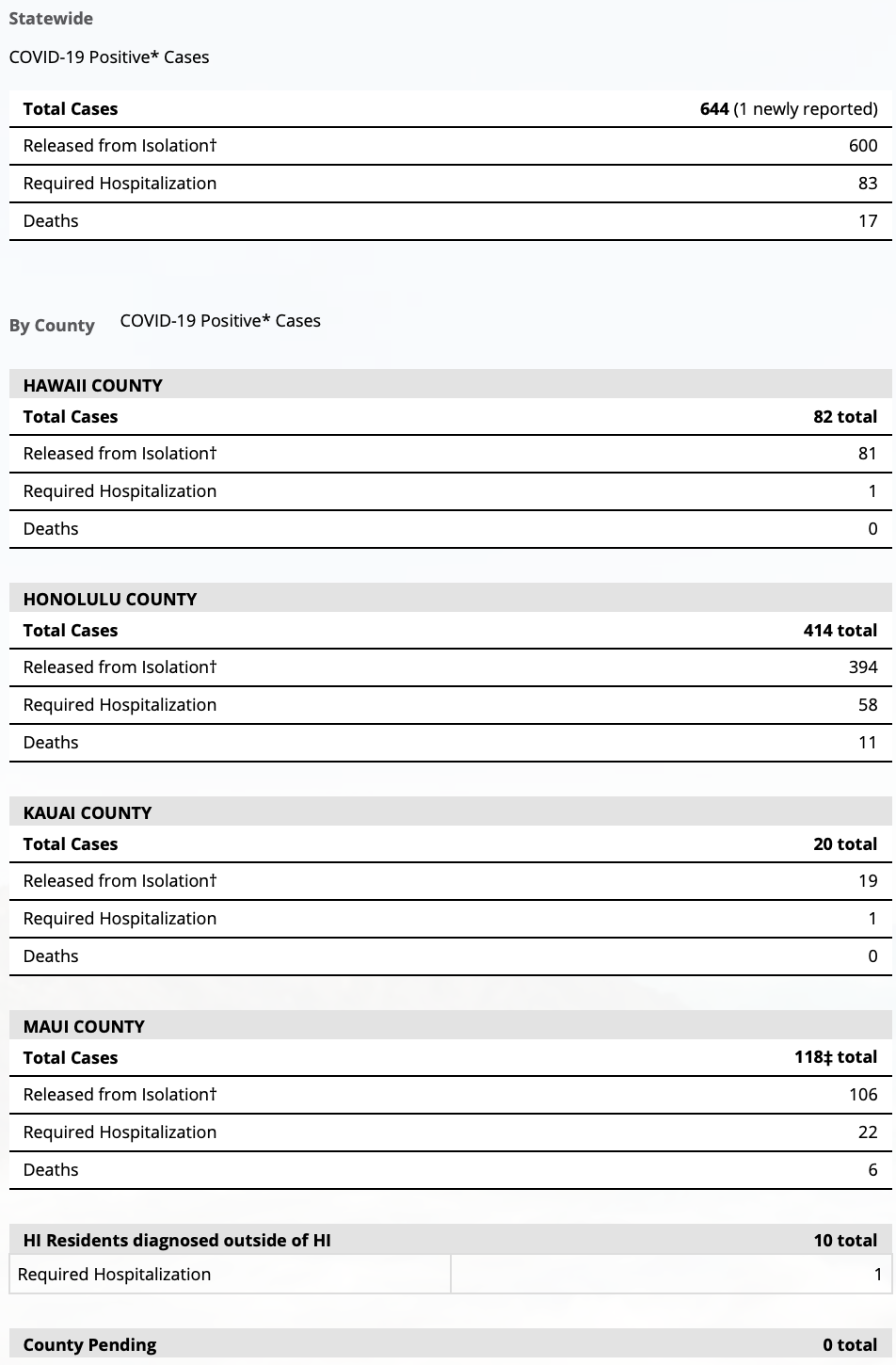 Maui Maui Mayor Michael Victorino is awaiting the governor’s approval for an earlier reopening date of June 1st for many businesses and services in Maui County. The Mayor is asking for the June 1st reopening of fitness and recreational facilities, clubhouses, dog parks and playgrounds.

Maui Mayor Michael Victorino said he’s asking that the resumption of dine-in restaurant services on Maui be moved from the previously announced June 5th date to an earlier June 1st date instead; but he’s awaiting approval from the governor’s office.