Another Day with Three New COVID-19 Cases on O‘ahu; State Total is 649 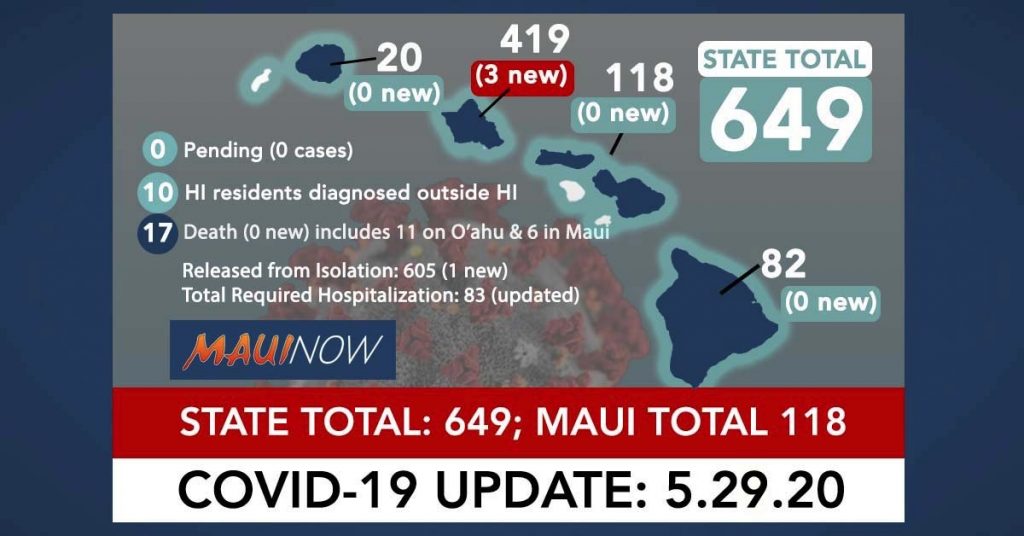 There were three new COVID-19 cases reported today on the island of Oʻahu, pushing Hawaiʻi’s COVID-19 case total to 649.

The new cases involve two adults and one minor and all are from O‘ahu. The total case count only rises by two, as one O‘ahu case was removed after a presumptive positive specimen was retested and was ultimately negative, according to the state Department of Health.

The Hawaiʻi State Department of Health reports that there were 605 individuals released from isolation; and 83 cases (13%) that have required hospitalization. A total of 588 patients (91%) were residents.

Maui County’s count remained unchanged from yesterday. Of the 118 cases in Maui County, at least 107 have been released from isolation, and 22 have required hospitalization. 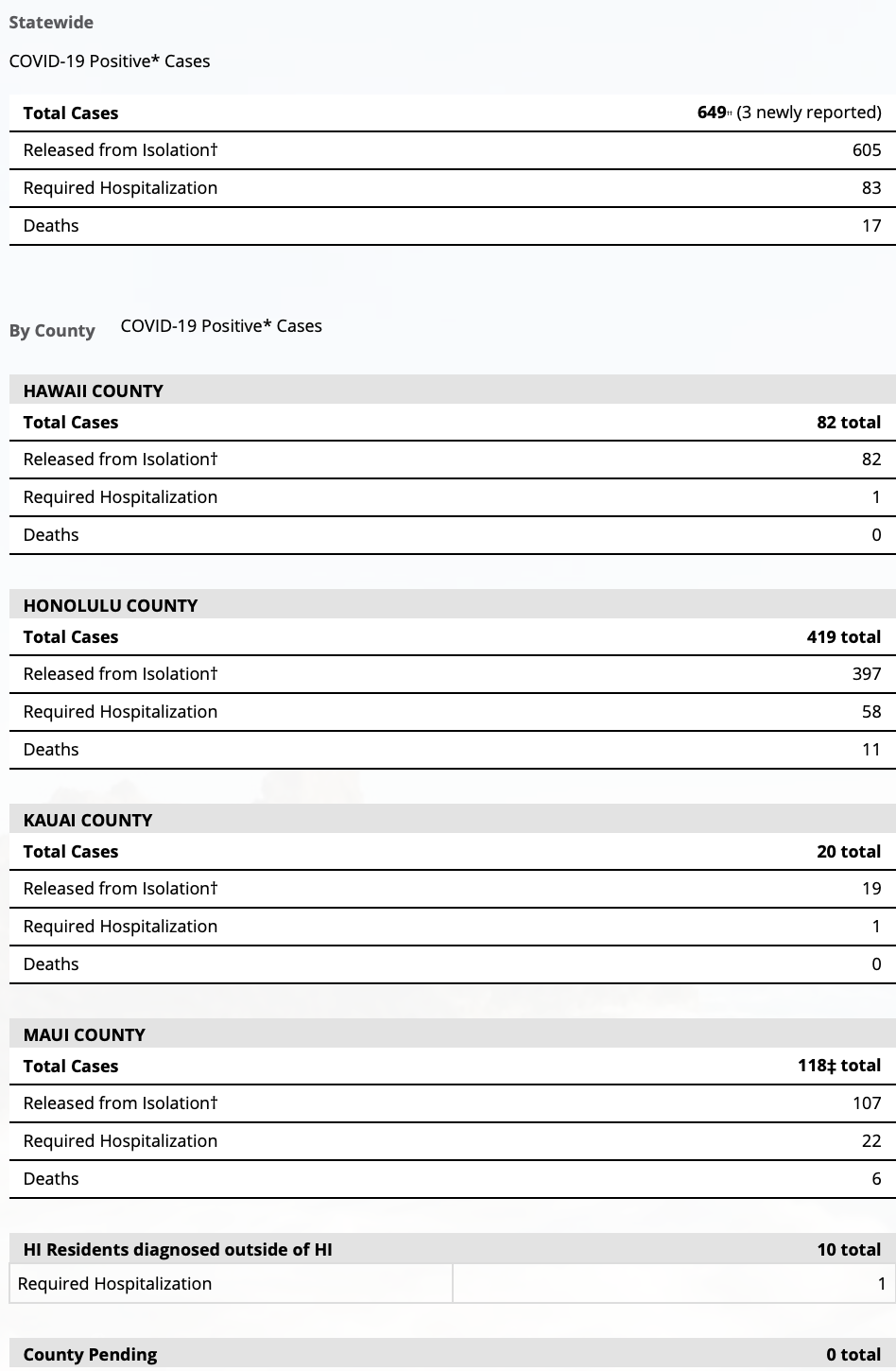 Hawaiʻi Governor David Ige on May 28 said that the 14-day travel quarantine will be extended for domestic and international travelers past June 30, but an official announcement will be made at a later date. Gov. Ige also mentioned that he and all four mayors have been working for the last three weeks to coordinate reopening of interisland travel and said they would make a decision within the next few days regarding plans on when to lift the interisland quarantine.