Douglas remains a Category 1 hurricane as it passes 50 miles N of Kahului, Maui. Maximum sustained winds are at 85 mph and movement continues toward the WNW at 16 mph.  The Tropical Storm Warning has been canceled for Hawaii County; but the Hurricane Warning remains in effect for Maui County according to the latest 2 p.m. forecast out of the Central Pacific Hurricane Center.

Damages have been minor so far.  There was a small tree down on the Hana Highway earlier this afternoon that has since been cleared by crews from the state Department of Transportation.  On Molokai, debris and flooding was reported on Route 450 at the Kamalo Dip (mile 10.5). Crews were responding.

At 200 PM HST (0000 UTC), the center of Hurricane Douglas was located near latitude 21.6 North, longitude 156.4 West. Douglas is moving toward the west-northwest near 16 mph (26 km/h), and this motion is expected to continue over the next couple of days. On the forecast track, Douglas will pass near, or over, the islands from Maui to Kauai through tonight.

WIND: Hurricane conditions are expected in portions of Maui County today, on Oahu by late this afternoon, and on Kauai tonight. Due to the steep terrain of the islands, hurricane-force wind gusts are possible even within the tropical storm warning area.

Next complete advisory at 500 PM HST. 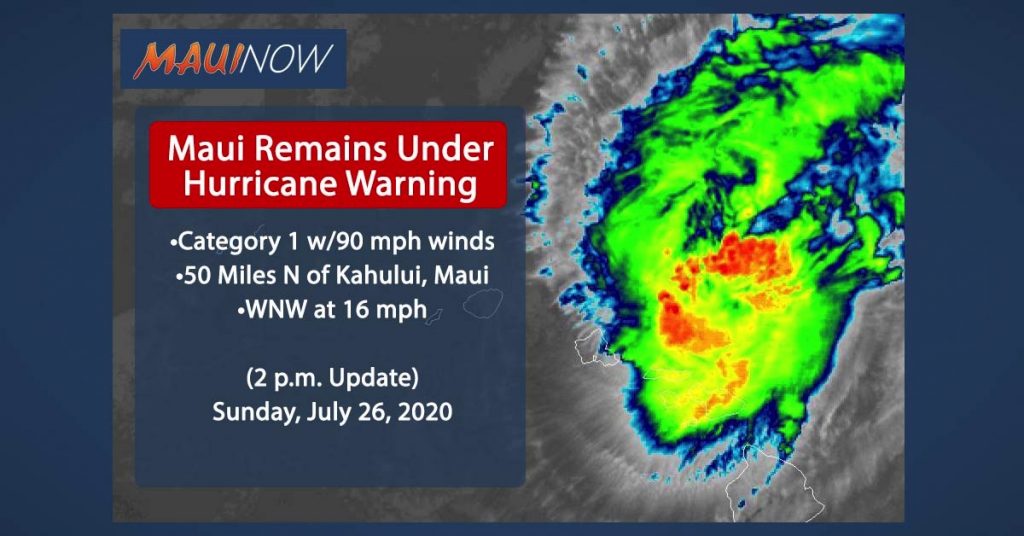 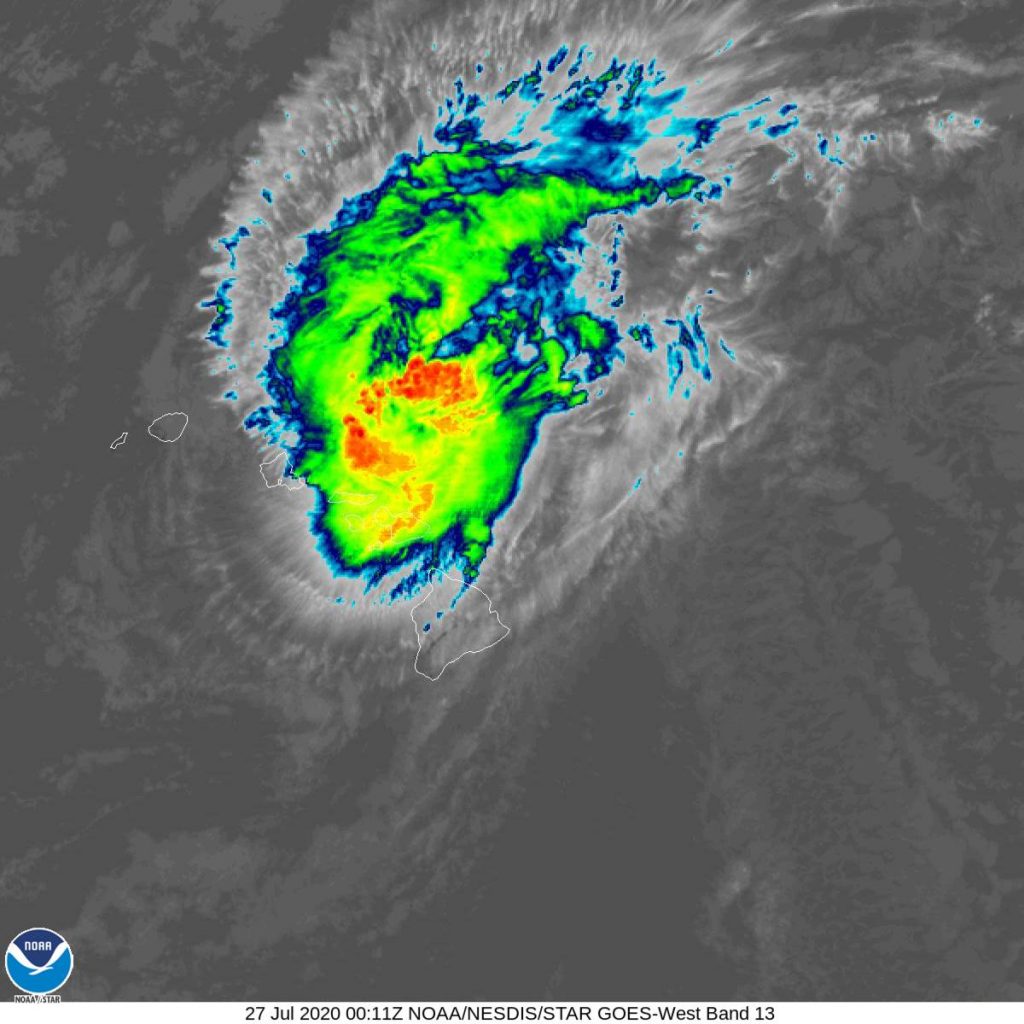 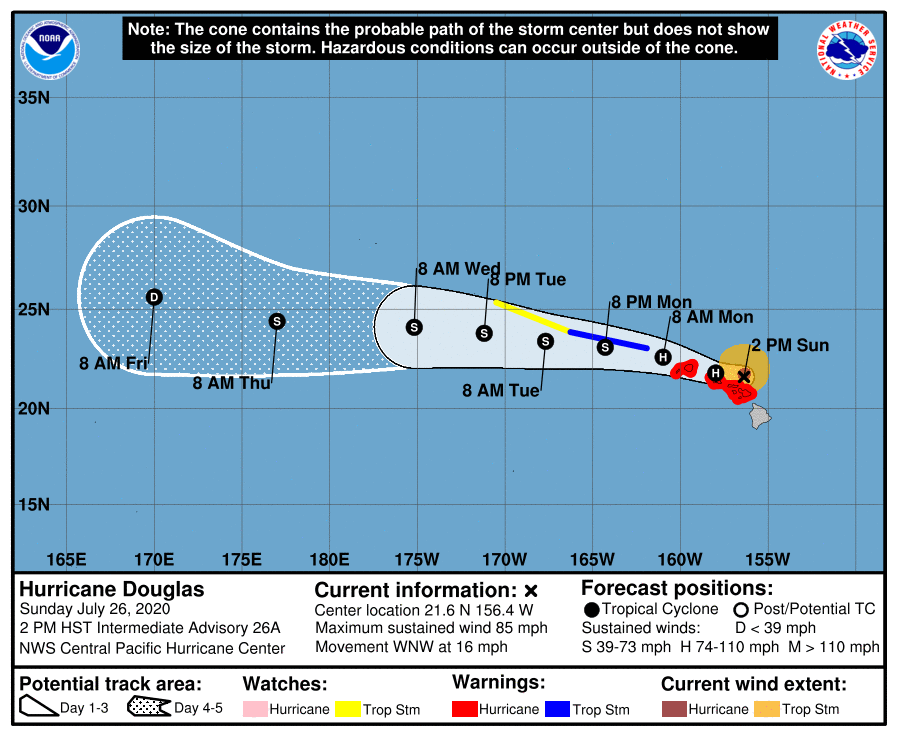 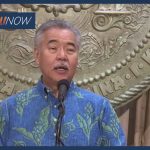 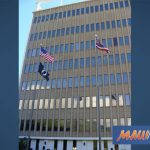