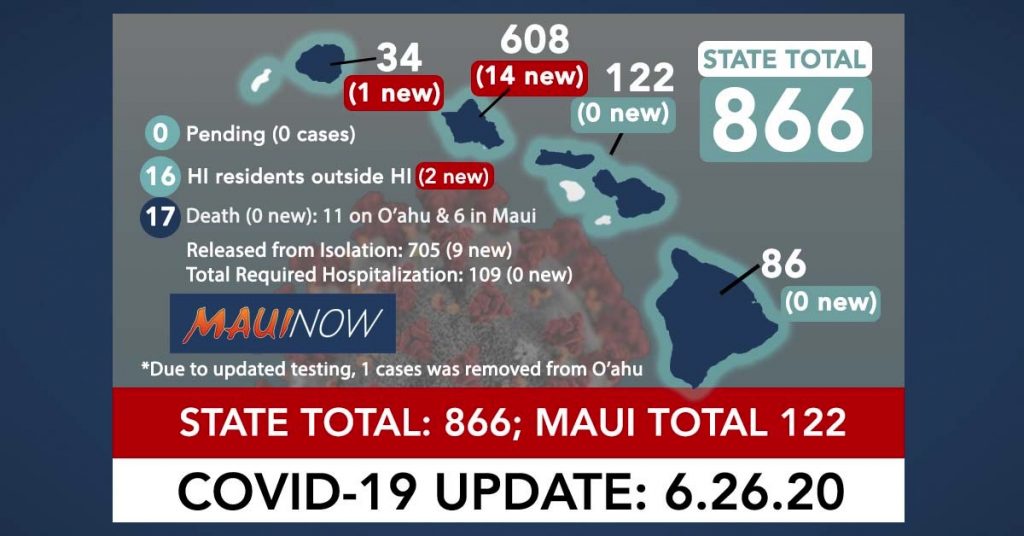 There are 17 new COVID-19 case reported for Hawaiʻi today–14 of them on Oʻahu, one on Kauaʻi and two Hawaiʻi residents who were diagnosed outside of the state–pushing the statewide count to 866 cases in Hawaiʻi over the course of the pandemic. Fifteen of the cases are adults and two are pediatric cases. At least eight of the O‘ahu cases are related to known cases.

UPDATE: An elderly Honolulu man isthe 18th death in Hawai‘i due to the coronavirus, according to the state Department of Health. The last reported death was on May 3, making this the state’s first COVID-19 related death in one-and-a-half months.

The state Department of Health reports that as a result of updated testing information, one case was removed from their counts on Oʻahu, accounting for the revised total.

The Hawaiʻi State Department of Health reports that there were 705 individuals released from isolation; and 109 cases (13%) that have required hospitalization. A total of 781 patients (92%) were residents.