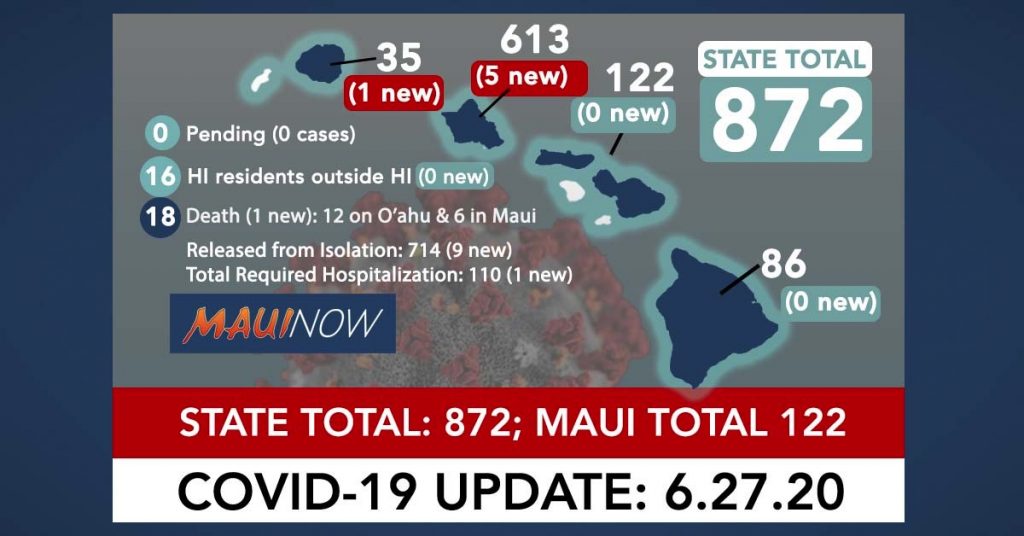 There are six new COVID-19 case reported for Hawaiʻi today–5 of them on Oʻahu, and one on Kauaʻi–pushing the statewide count to 872 cases in Hawaiʻi over the course of the pandemic.

An elderly Honolulu man is the 18th death in Hawai‘i due to the coronavirus, according to an update provided last night by the state Department of Health. The last reported death was on May 3, making this the state’s first COVID-19 related death in one-and-a-half months.

The Hawaiʻi State Department of Health reports that there were 714 individuals released from isolation; and 110 cases (12.6%) that have required hospitalization. A total of 802 patients (92%) were residents.