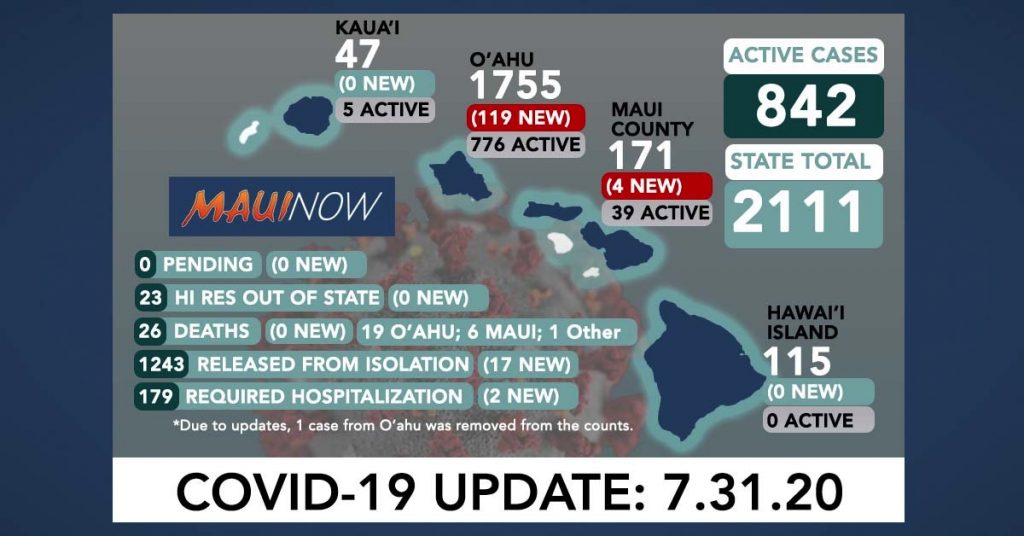 For the third consecutive day, Hawaiʻi recorded another triple-digit single-day total for new COVID-19 infections with a total of 123 new cases in the state on Friday.  Today’s cases include: 119 new cases on Oʻahu and four new cases in Maui County.

The state Department of Health reports that as a result of updated information, one case on Oʻahu was removed from the counts.

This marks the third consecutive day that new cases have risen into the triple-digits.  It’s also the state’s second highest case count for a single-day since the pandemic began, only behind Thursday’s 124 new cases. On and Wednesday, Hawaii had 109 cases.

This comes after record high daily totals reported last week on Thursday (55), Friday (60) and Saturday (73). There were also 64 cases reported on Sunday, 28 cases on Monday and 47 cases on Tuesday.

In Maui County, cases with onset in the last 28 days have been in all areas of Maui Island except for the East Maui zip code of 96713.  Of the 171 cases documented in Maui County over the course of the pandemic, Wailuku, Kahului and Lahaina had the most cases (more than 20 cases each); followed by Kīhei (11-20 cases); Makawao, Spreckelsville, Kula and Haʻikū (6-10 cases); and Hāna and Molokaʻi (1-5 cases each).

The Hawaiʻi Board of Education last night voted to postpone the start of the school year by two weeks to Aug. 17th.  The delay provides assurances that health and safety preparedness concerns relating to COVID-19 are addressed and that there’s enough time for employee training in protocols and virtual learning tools.  The board postponed action on a separate motion that sought to waive the statutory law that requires 180 days of instruction, and will revisit the matter at a later date.

Scroll Down to Read 53 Comments 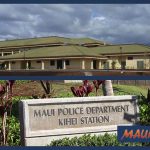 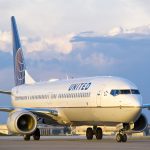 ARTICLE COMMENTS ( 53 )
This comments section is a public community forum for the purpose of free expression. Although Maui Now encourages respectful communication only, some content may be considered offensive. Please view at your own discretion.
I Understand, Show Comments