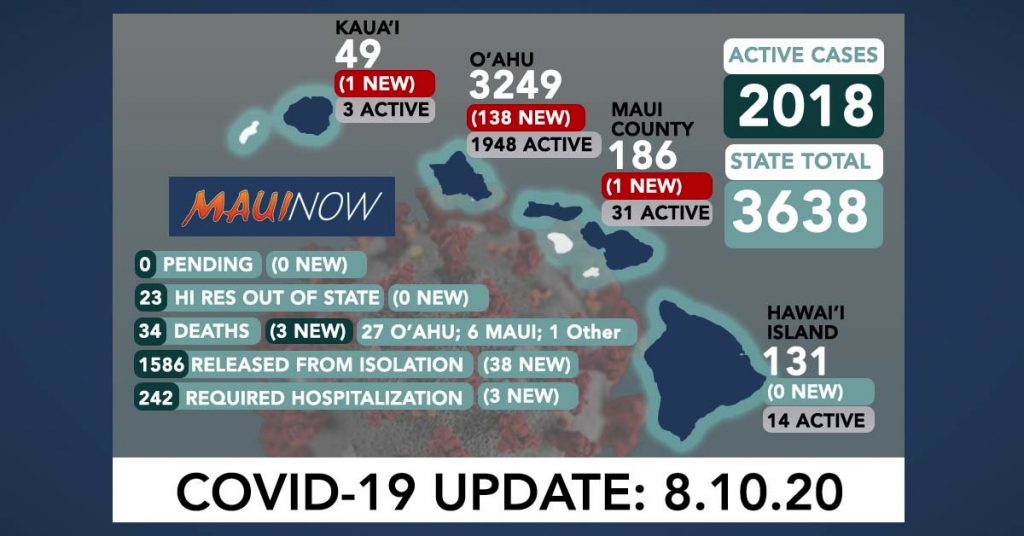 The state Department of Health is reporting three additional COVID-19 related deaths on the island of Oʻahu.  Details surrounding the cases is still forthcoming.  This also comes as the state reports another triple digit increase in new cases with 140 new cases today including 138 on Oʻahu and one case each on Maui and Kauaʻi.

The Hawaiʻi State Department of Health reports that there were 242 cases (7%) that have required hospitalization.  At least 3,408 (94%) patients were residents.

Out-of-State Arrivals: On Monday, July 13, Gov. David Ige announced he is delaying the launch of the state’s pre-travel testing program by a month to Sept. 1, 2020. He also announced the extension of Hawai‘i’s 14-day quarantine on trans-Pacific travel to the end of August.  This quarantine for out-of-state arrivals into Hawaiʻi remains in effect unless terminated or extended by a separate proclamation.